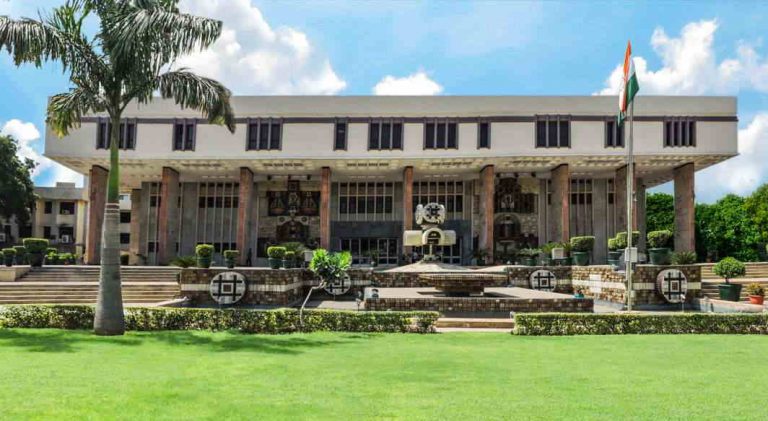 The Delhi High Court on Thursday (November 16) took note of the growing menace of snatching as the incidents have gone up by 413 percent in the last five years.

The court was hearing a PIL seeking enactment of a new law in line with states such as Haryana and Maharashtra to curb snatching. The PIL highlighted the other related crimes that are involved while snatching such as molestation, attempt to murder and even death of victims in some cases because of the use of dangerous weapons.

Acting Chief Justice Gita Mittal acknowledged the issue and directed the Delhi Police to file a status report on a proposed law to deal with snatching. She asked as to why snatching can’t be treated as an organized crime.

When the counsel for Central government contended that the court cannot frame laws, the high court repelled those contentions giving the counsel ten days time to come up with an explanation as to why can’t Delhi have strict laws in line with Haryana and Maharashtra to curb snatching. Ever since Haryana has introduced new laws against snatching—defining it non-bailable and adding two clauses to Section 379—the criminals are now forced to shift their base from Haryana to the capital, worsening the condition.

The court raised concerns over the attempts of trivialisation of the matter by the Delhi Police. The Delhi Police resorts to discouraging the victims from filing an FIR so as to minimize the crime rate statistics. Even if an FIR is filed, the charges are lodged under trivial sections such as Section 379 (punishment for theft) and Section 356 (assault or criminal force in attempt to commit theft of property carried by a person). The court asked why the offenders aren’t being booked under Section 397 and Section 392 even when the hurt is caused during the course of committing robbery. The FIR should ideally be lodged under Section 392 (Punishment for robbery) and Section 397 (Robbery, or dacoity, with attempt to cause death or grievous hurt).

The high court was appraised of public places being bereft of security arrangements such as CCTV cameras and lightings thereby acting as a safe haven for such criminals, drug addicts etc. To this, the court raised concern over and sent notices to all civic bodies directing them to file a reply within three weeks.