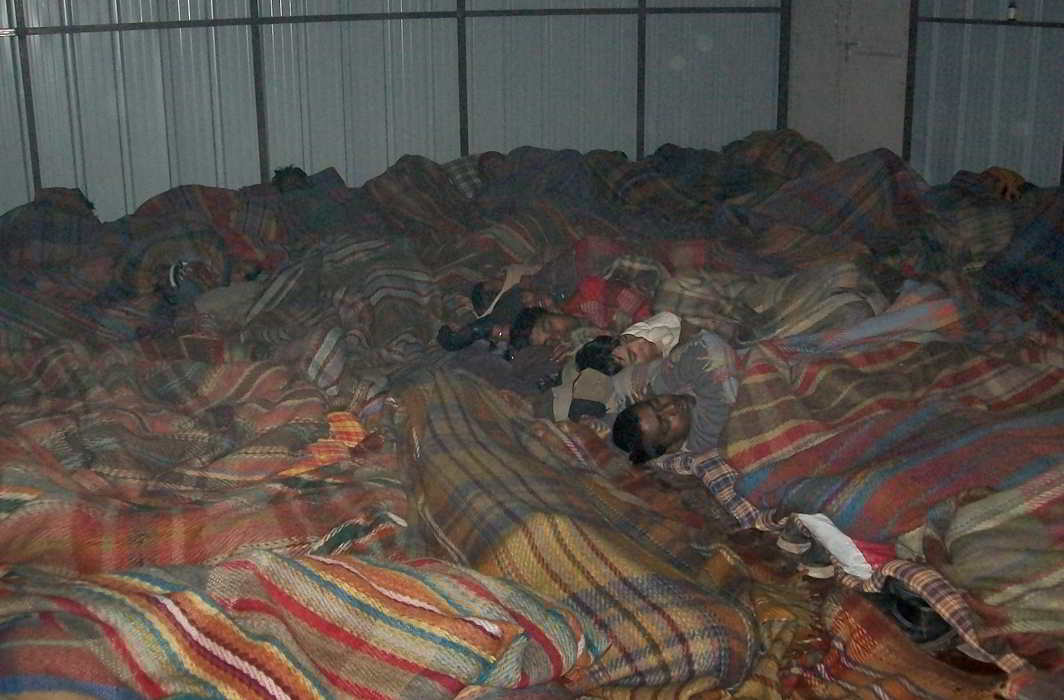 A case for people rendered homeless because of the demolition of the a Nizamuddin night shelter come up before the Delhi High Court bench of Acting Chief Justice (ACJ) Gita Mittal and Justice Rekha Palli on May 24. This is as per a petition filed by Savyasachi K Sahai.

While the demolition has been ordered, the issue of providing alternate shelter for those who had been using the night shelter for decades is a critical issue. Also critical is the issue of the very act of praying at a grave which the court maintains is not as per law. There are designated places of prayer. The bench also maintained that graves cannot exist at any place in a city. There are designated areas as per laws.

Following the order, the court had, last week, directed the Delhi government to ensure that adequate shelter be provided to those rendered homeless. In her order the ACJ ad written that no resident of Delhi should remain shelterless.

Following that, the ACJ on May 24 asked the government representative: “Where do you propose to shift the women and children?”

The counsel for the government said: “We have shifted them to the nearby dispensary in Nizamuddin, where we are constructing more floors. They are safe over there.”

The counsel then submitted the status report of the structure which has to be demolished. The counsel asked for police protection for the demolition.

In an effort to stop the demolition, the petitioner showed some photographs of the dargah and mazar (place of prayer).

The petitioners had said that there were people living there since 1965. They had earlier approached the Supreme Court by Special Leave Petition against the Delhi High Court order to the DDA to demolish the illegally constructed houses in the Amir Khusro Park in the Nizamuddin area. To support their cause they had submitted photographs of the constructed mazars.

These photographs, however failed to impress the bench. The bench said: “Have you seen these constructions? It can be seen that somebody just put the tiles over the graves to make them look like new. You cannot have graves all over the city. We have to make sure you are not enforcing yourself in the course of action. If you see these structures, these are brand new tiles, but the structures are not new and should be demolished.”

The bench threw the DDA Act at the petitioners. It said: “All these structure should be demolished and we will strictly abide by the law. We are not possessing anybody land.  It is the DDA’s land and as per the orders of the High Court it should be demolished.”

The respondent said: “The graveyard and masjid are very old ma’am. These people who were living here since 1965 use this place to pray.”

At this the petitioner said: “Please provide some more relief to the night shelter people (those being rendered homeless).”

The bench made it clear that the South Delhi Municipal Corporation has to make sure that it will provide accommodation to the people. Towards this the municipality should meet with the Delhi police commissioner and others so that no displacement of the people happened. The bench also directed that as far as the women and children were concerned they should be shifted to the different floors of the nearby dispensary.

So far as the male concerned they are to be shifted to the second floor.

The court also directed the SHO to assist the authorities in the removal of the leftover structures from the areas.

This demolition will go ahead, and the court directed that the authorities “shall abide by the order of the Supreme Court. Amit Khusro park shall be opened and maintained”.

The matter will come up again on July 24.