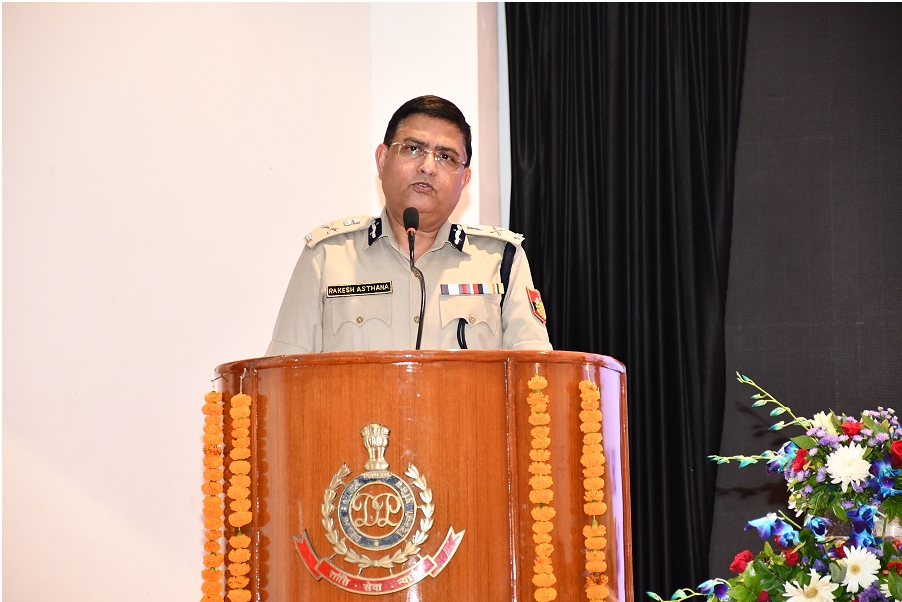 The Delhi High Court on Tuesday dismissed the petition challenging the appointment of Gujarat-cadre IPS officer Rakesh Asthana as Police Commissioner of Delhi.

The Division Bench comprising Chief Justice D.N. Patel and Justice Jyoti Singh passed the order on a petition filed by one Sadre Alam. the Court had reserved its judgment on the case on September 27.

Advocate B.S. Bagga, representing the petitioner, had contended that Asthana’s appointment was in contravention with Rule 56(d) of the Fundamental Rules issued by the Department of Personnel and Training, wherein it was specified that no officer can be granted an extension of service beyond the age of retirement of 60 years. He further contended that Asthana’s appointment has been made in violation of directions issued by the Apex Court in the case of “Prakash Singh vs Union of India”.

Arguing that Asthana’s appointment was in violation with the Prakash Singh judgment, Senior Advocate Prashant Bhushan, appearing on behalf of the intervenor NGO Centre for Public Interest Litigation that had claimed that the petition before the High Court is a copy paste of the NGO’s petition before the Apex Court, submitted that no UPSC panel was formed for selection of the Delhi Police Commissioner.

“First, the UPSC must prepare a list of Officers who are empanelled on the basis of their length of service, very good record and range of experience, for heading the Police force… The Government can select one out of those three, but the three names must come from the UPSC. This is another violation that has happened in this case…UPSC was not even consulted in this matter by the Union,” he stated.

He added that he may be called a Police Commissioner rather than a Director General of Police, but he is the State Police Chief of Delhi, and thereby the directions issued in Prakash Singh case apply in the instant case.

He further submitted that such an appointment should be made from the Arunachal Pradesh-Goa-Mizoram and Union Territory (AGMUT) cadre, and that the government’s stand for inter-cadre deputation of Asthana from Gujarat cadre to AGMUT cadre, on the ground that no officer is found competent enough for such position from the AGMUT cadre, will have a demoralising effect.

“Where is the question of Government of India on its own deciding that there is nobody fit? That fitness has to be judged by the UPSC.

“Four days before retirement, you first grant him inter-cadre transfer, then extend his service by one year. Then appoint him as the Police Chief, all on the same day, by the same order, in violation of everything,” he added, while arguing that the appointment is totally and grossly illegal and therefore, deserves to be quashed.

Solicitor General Tushar Mehta, appearing for the Centre, submitted that the instant petition is a purported projected PIL and manifestly an outcome of some personal vendetta against Asthana. He drew the attention of the Bench to the fact that eight other appointments have been made after Prakash Singh case in the similar manner as Asthana, which were not challenged by “public-spirited citizens”.

“The petitioner and the intervenor are mere busybodies. The intervenor keeps on selectively filing petition and such selection of selective public interest are for the reasons which are beyond comprehension,” he contended, while stating that PIL is not a forum for settling scores, even if there is some personal vendetta against the newly-appointed Commissioner of Police.

He further submitted that this is a PIL in a service matter, which cannot be maintained in light of various decisions passed by the top court of the country.

In addition, he contended that the directions issued in Prakash Singh case applies only on the Director Generals of Police (DGPs) of States and not to Union Territories. Furthermore, he submitted that Delhi enjoys a special status, which is why Union Territories are categorically kept out of purview of the Prakash Singh judgment.

He informed the Bench that the appointment of Delhi Police Commissioner has been made after following all the rules governing such appointments. He added that a suitable Officer from AGMUT cadre, having multifarious and diverse experience of policing, could not be find, and that after thorough examination, it was decided that it would be in the interest of “public justice” to entrust such a delicate position of the Commissioner of Police of the national capital to Asthana.

Senior Advocate Mukul Rohatgi, who represented Rakesh Asthana, alleged that the instant petition is not a genuine PIL and is a proxy for somebody who does not want to come in the front. He submitted that there is no public harm in appointment of Asthana, who has an experience of over 40 years.

He contended that two organisations namely, Common Cause and Centre for Public Interest Litigation, have filed a cloak of litigation against Asthana for perusing some personal vendetta. He pointed out that a campaign against Asthana has been started at the behest of these organisations by way of posting malicious tweets.

“Neither the the petitioner nor the interventionist are entitledto be heard by this Court because of their malafide and motivated conduct.. No person can be allowed to carry on a campaign on the social media, at the same time prosecute a legal case. That is something to be shunned,” he added.

Supporting the contentions made by the Solicitor General in respect of non-applicability of Prakash Singh decision in the instant case, he submitted that Delhi is not a full-fledged State, while the Prakash Singh case relates to appointment of DGPs of States.

The Bench had earlier allowed the intervention application moved by CPIL, that has filed a petition on the same issue before the Apex Court, and sought response from the Centre and Mr. Asthana in the matter.

In light of the aforesaid, a reply was filed by the Centre as well as by Asthana. The Central Government, in its response, stated that the appointment of Asthana has been made in “public interest” so as to supervise the Delhi Police force and provide “effective policing” on the recent law and order situation, which arose in the capital after the North-East Delhi riots.

Asthana claimed that the some personal vendetta has been projected against him under the cloak of public interest litigations. He had named both Common Cause and the Centre for Public Interest Litigation for starting a barrage of selective actions against him either out of some vendetta or at the behest of some unnamed individual.