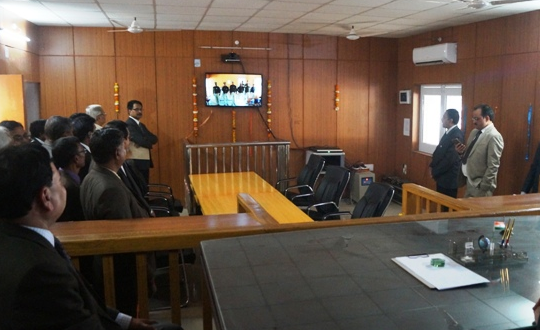 New Delhi (ILNS): The Delhi High Court yesterday turned down a petition which suggested that optical fiber lines be laid by telecom companies within all court complexes of the city, saying that while it is a good suggestion, it will cost a lot and the “government has its priorities.”

The appeal has said that laying of such optical fiber would enable fast internet, which in turn would expedite trials of cases through the video conference during the Covid-19 pandemic.

A bench of Chief Justice DN Patel and Justice Prateek Jalan said that a good issue has been raised, but no relief can be given now as it will cost a lot and the government has its priorities. Along with this, the bench also said that this is not the right time (for laying fiber cables in district courts). We will do it in time, slowly.

However, the court allowed the petitioner to make a representation before the appropriate authorities and directed that the authority, on receipt of the representation, decide on the facts of the case in accordance with the applicable laws, rules, regulations, and policy of the government and also its financial priorities.

This petition was filed by lawyer Satnarain Sharma. He claims that due to lack of infrastructure and poor connectivity of the internet, judges and lawyers face problems in most of the courts in Delhi.