Devendra Fadnavis quits, Congress says, “a lie has no legs” 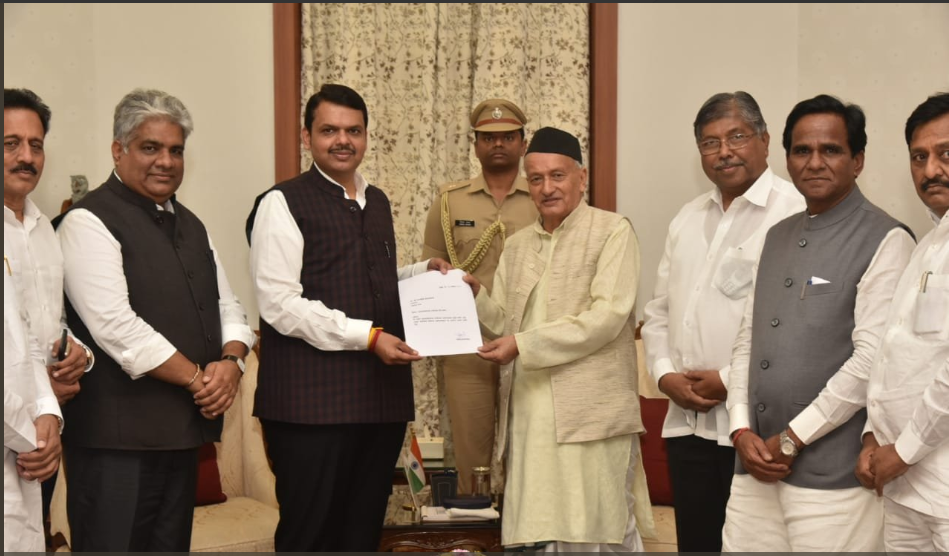 Devendra Fadnavis’ resignation as Maharashtra Chief Minister, which was in quick succession of his deputy Ajit Pawar’s exit from his government, triggered a storm on social media.

While many called the whole episode “BJP’s greatest political setback in years”, others demanded resignations of top BJP leaders.

When SC ordered immediate floor test & closed #BJP window of horse trading then Fadnavis resigned; Moral of Story – “A Lie has no Legs” ; Next -Governor must resign for betraying his duty & acting as “Doorman” of Illegal & Immoral Govt rather than “Guardian” of Constitution

Somehow, the person I feel bad for in this circus, is bechara @Dev_Fadnavis.

Despite all that’s happened, I’ll maintain that he personally, is a good guy who (unfortunately for him & for Maharashtra) is voluntarily beholden to some horrific & unscrupulous forces.

As was evident since beginning, BJP’s Devendra Fadnavis ji had taken oath without majority numbers. BJP falsely claimed support of NCP MLAs and tried to form a govt in a treacherous manner, in connivance with the Governor. Now their entire power grabbing plan has fallen through.

The #Maharashtra political & legal battle must continue in the SC. The Court must ask hon @PMOIndia how did @narendramodi ji use his Emergency Powers to Revoke President’s Rule& the Home Ministry notifiy at 5.47 am & Governor carried on, the Swearing in Ceremony early morning

Our Constitution will not be defeated by fear & intimidation, by communalists & dividers. Our Constitution has stood the test of time & will continue to do so in spite of this govt’s attempts at undermining it. pic.twitter.com/AOM1kxWmxT

In his signing off address, Fadnavis said BJP will become the voice of the people as a responsible opposition. ‘We won’t indulge in horse-trading,’ he clarified.

“Ajit Pawar gave me his resignation. BJP had decided from the first day we will not indulge in horse-trading. We only decided to form government because NCP was with us. Since he has resigned, I will also resign,” Fadnavis told reporters.