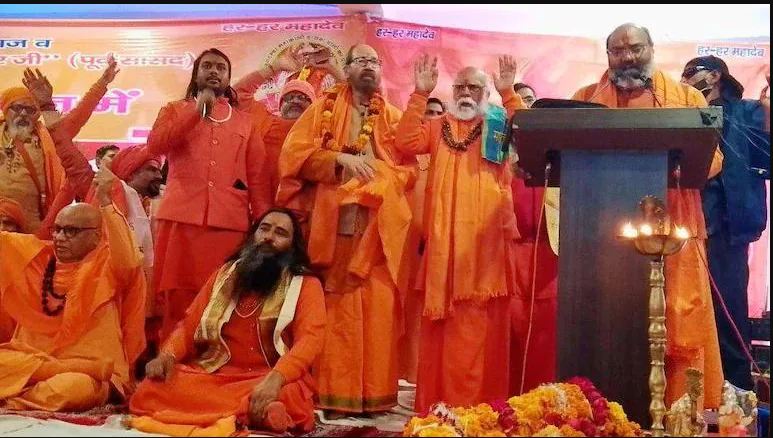 The Supreme Court on Tuesday directed the Chief Secretary of Uttarakhand to place on record the corrective measures taken by the authorities, as and when required, to deal with the Dharam Sansad,  scheduled to be organised in Roorkee on Wednesday.

Senior Advocate Kapil Sibal submitted that Dharam Sansads (religious congregation) are being held in different places across the country. An application has been filed by them to stop these sansads altogether but the collectors and ASPs are doing nothing. The last Sansad was held in Una, Himachal pradesh. Application filed in the WP is in relation to the event which has already taken place from April 17-19 in Una.

Justice Khanwilkar observed that there are guidelines in place for imposing preventive and corrective measures.

Counsel for the state of Himachal Pradesh said, “We have taken all the preventive measures and the dharam sansad in the state of HP are over. We had also issued notice under Section 64 of the Himachal Pradesh Police Act, 2007, which states that all persons are bound to comply with the reasonable directions of the police officer.

Sibal cited the Tehseen s. Poonawalla vs UOI (2018) in which the Apex Court laid down the preventive measures, remedial measures and punitive measures to ensure that machinery of law and order functions efficiently and effectively in maintaining peace so as to preserve our quintessentially secular ethos and pluralistic social fabric in a democratic set-up governed by rule of law.

Sibal informed the court that a Dharam Sansads is going to take place at Roorkee tomorrow.

Counsel for the state of Uttarakhand Submitted that they take immediate action against any community that violates the law and disturbs the peace.

He also submitted that he has taken instructions from the CO

Justice Khanwilkar – you need to take instructions from the chief secretary of the state and the IG. Since you are so confident that all preventive measures will be taken, we will record your statement and all these authorities will be held liable.

The Bench said, “This is an application with respect to Dharam Sansad,  which took place on April 17-19, 2022 in Himachal.

“Counsel for the State of HP submits that necessary preventive measures were taken and after the event, corrective steps as required in terms of the decision of this court have also been taken by the concerned authorities.

“He prays for some time to place the same on record by way of affidavit. We direct the affidavit of Sec Home Department to be filed in that regard on or before May 7.

“List this on May 9 along with other connected matters,” it added.

During the course of the hearing, Sibal has pointed out that he has instructions to say that an event has been planned at Roorkee of the same kind for tomorrow and an application has been filed in the registry in course of the day.

Counsel for the state of UK submits that all preventive measures have been taken as exposited in above decisions and the concerned authorities are more than confident that no untoward situation or unacceptable state is made during such event…whatever is necessary for terms of the decision of this court, all steps will be taken. We direct the Chief Secretary of the UK to place the above position on record and to state the corrective measure taken by the authorities as and when required, noted the Court.