Family has called me to Hathras as they want me as their legal counsel: Nirbhaya’s lawyer 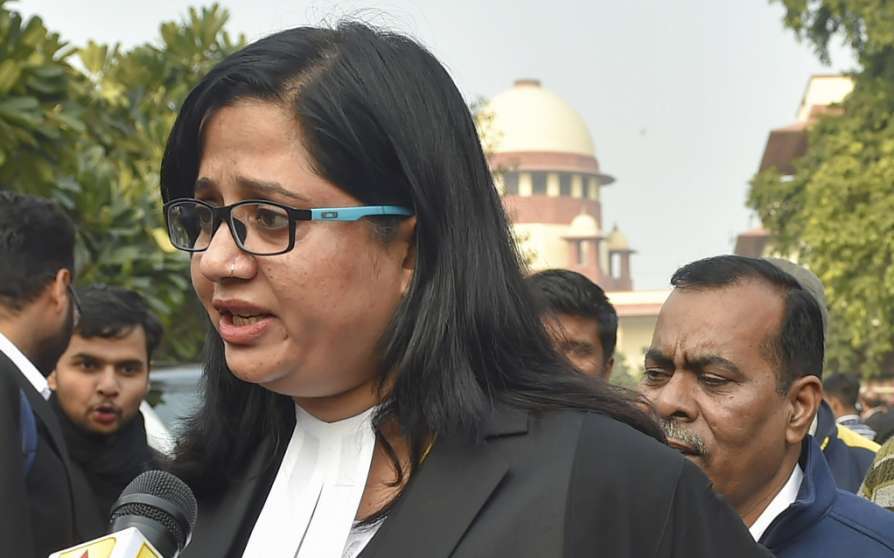 New Delhi (ILNS): Seema Kushwaha, who was once the family lawyer of the 23-year-old paramedic student who was gang-raped on a moving bus on the night of December 16, 2012, by six people in Delhi, will now fight the case of the Hathras victim.

The lawyer tried to meet the victim’s family on Thursday, but was prevented from meeting them by the Uttar Pradesh police.

“The family has called me to Hathras as they want me to stand as their legal counsel. I’m not being allowed to meet them as administration says it’ll affect law & order situation,” said Seema Kushwaha.

She said that she was in touch with the Hathras gang-rape victim‘s brother.

The 19-year-old woman had succumbed to her injuries in Delhi’s Safdarjung Hospital on Tuesday, where she was brought on Monday from the Aligarh Muslim University Medical College.

The government has formed a three-member SIT to investigate the case and said the matter will be heard in a fast track court. All four accused in the case have been arrested.

The case took a twist on Thursday after a forensic lab report claimed that no traces of sperm were found in the samples taken from the victim’s body.

Protests have intensified across the country after the alleged rape and consequent murder of the Dalit girl in Hathras. Various civil society organizations have questioned the Uttar Pradesh government over the way in which the matter has been dealt with so far. The unusual haste shown by the police authorities in cremating the victim and the sequence of events that took place in the inquiry of the case, has brought both the UP government and the administration under scanner.

Did you find apk for android? You can find new Free Android Games and apps.
Share
Facebook
Twitter
Pinterest
WhatsApp
Previous articleSFTI seeks extension of moratorium to all loan accounting for Technical Institutions; Supreme Court to hear the case on October 5
Next articleAllahabad High Court issues directives for eateries; wants state to prescribe quality standards for mfg of masks