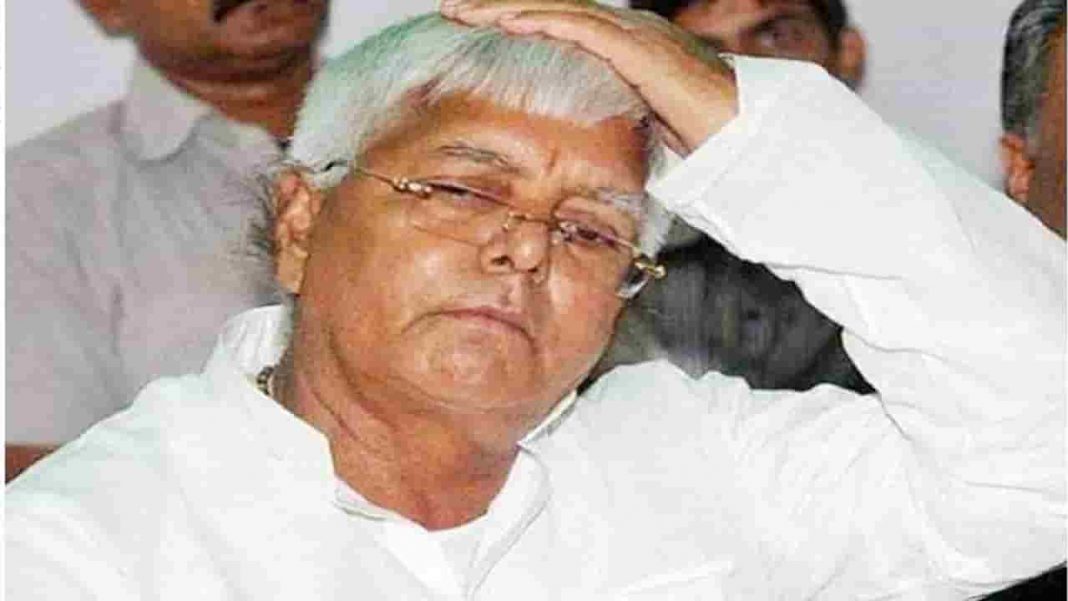 The Supreme Court of India today, agreed to hear plea challenging the bail given to the Rashtriya Janata Dal leader Lalu Prasad Yadav(ex-CM of Bihar) in the fodder scam, by the Jharkhand High Court

The state of Jharkhand had approached the Apex Court assailing orders of Jharkhand High Court, whereby Yadav was awarded bail in two cases related to the fodder scam.

The politician who is currently is under question(Lalu Prasad Yadav) is 72-year-old and is currently undergoing treatment at New Delhi’s All India Institute of Medical Sciences (AIIMS).

Mr.Prasad was sentenced by a special CBI court to five years imprisonment and slapped with a fine of ₹60 lakh on February 21 after being convicted in the embezzlement of ₹139 crore from Doranda treasury in the fodder scam.

On April 17, 2021, The Jharkhand High Court granted bail in the case of fraudulent withdrawal in the case relating to fraudulent withdrawal of Rs 3.13 crores from Dumka Treasury stating that he had completed 42 months which is more than half of his sentence of 7 years. On October 9, 2020 Jharkhand High Court granted bail to Yadav in the Chaibasa Treasury matter for the same reason as mentioned above.

The excerpts of the court room discussions ranged from his ill health to cumulative sentencing.During the discussion the following was noted

Justice Rao:” The Court while granting bail has noted that half of the sentence has been served.”
ASG SV Raju: “Court says that they have been following the 50% rule. 50% rule will not apply because the sentence is consecutive.”
Justice Rao: What is the cumulative sentence ?”
ASG Raju replied 14 years and submitted that: it is not consecutively but simultaneously. Suppose you are convicted in a matter, second matter there is conviction. Then the second sentence will commence when the first gets over. Kindly have a look at 427 of CrPC. There is a recent judgment of Justice MR Shah which has dealt with this point.”

Lalu Yadav has been in jail since December 23, 2017, subsequently he has secured bail in four case related to the fodder scams, furthermore he has now been convicted and sentenced to five years in prison and a fine of 60 lakh rupees by a special court in Ranchi for a fifth fodder scam pertaining to fraudulent withdrawals worth rupees 139.35 Crores from Doranda Treasury.