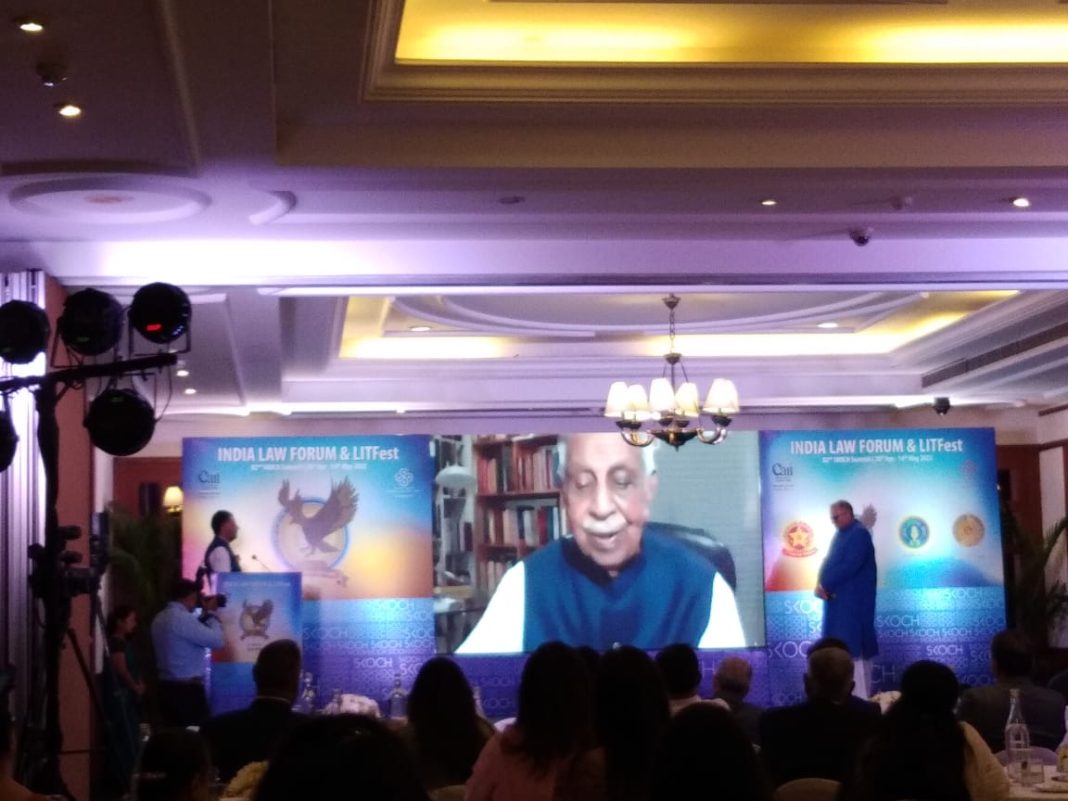 Though Justice Venkatachaliah was not present, he accepted the award through video. The eminent jurist requested that he be allowed to dedicate the award to the lawyers and the judges who had made notable contributions to the Supreme Court of India to make it a great institution.

Sharing his experience in the Apex Court as a young lawyer, Justice Venkatachaliah said, “I had the opportunity of witnessing over the past 8 decades, the great changes in society.”

He said he was deeply touched by the gesture of SKOCH chairman Sameer Kochhar for choosing him for this award. The veteran jurist joked, “Rescuing me for 30 years of anonymity.”

The SKOCH Foundation also conferred the SKOCH Star of India Award on the late Soli J Sorabjee for his contributions to the nation and the legal profession. Sorabjee’s widow Zena Sorabjee accepted the award on his behalf through video. “My family & I are extremely thankful to you for this award and we do appreciate that you have given this award to him as a special one,” she said.

“Justice Venkatachaliah and Justice Dipak Misra are also being awarded today and Soli must be smiling from where he. He admired both these judges and respected them,” she said.

Senior Advocate Fali S. Nariman, who was awarded the SKOCH India Law Award for exemplary service to the law, paid his encomiums to Justice Venkatachaliah. “Referring to Justice M.N. Venkatachaliah in a few words is almost impossible but I will try,” Nariman said.

“After practising exclusively and continuously at this country’s highest court for nearly 70 years, I have come to regard court number 1 in the Supreme Court of India as the Justice Venkatachaliah Court,” he said.

Nariman said, “It was not only because he was a robust judge, but to me, he had that enduring quality that no judge of the supreme court has yet exhibited. That rare gift of sharing his phenomenal knowledge and learning with all his fellow beings.”

The function also saw the premiere of the biographical film The Banyan Tree: Justice M.N. Venkatachaliah, based on the life of the eminent jurist.

The event also saw the SKOCH Literature Awards in which senior advocates Kapil Sibal and Abhishek Manu Singhvi were among the winners.