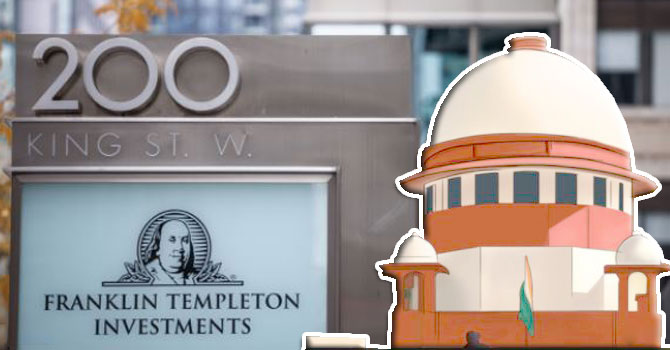 The Supreme Court on Friday upheld the validity of the e-voting process where consent was given by unit-holders of the six schemes of Franklin Templeton for winding up of the said mutual fund schemes.

The bench has further directed that winding up and disbursements would be in terms of its directions in earlier orders dated February 2 and February 9, according to which SBI Funds Management Private Limited shall follow the best effort principle so as to ensure expeditious and timely payment to unit-holders and assure the best possible liquidation value of the assets/ securities to the unit-holders. Further, the distribution/disbursement of funds to the unit-holders is to be made in tranches without waiting for liquidation of all the securities/assets.

The bench has appointed SBI Funds Management Private Limited to undertake the exercise of winding up, which would include liquidation of the holdings/assets/portfolio and distribution/payment to the unit-holders.

It has however been clarified that other aspects and issues including the questions whether Regulation 18(15)(c) would apply when the trustee’s form an opinion that the scheme should be wound up in accordance with Regulation 39(2)(a) and the contention of the objecting unit-holders regarding misfeasance, malfeasance, fraud and the effect thereof would be looked into on the next date of hearing i.e,. February 17.

The order has been passed in challenge to the Karnataka High Court order which held that clause (c) to subregulation (15) of Regulation 181 mandates consent of the unit-holders for winding up of mutual fund schemes even when the trustees form an opinion that the scheme is required to be wound up in terms of clause (a) to sub-regulation (2) of Regulation 392 of the Mutual Fund Regulations.