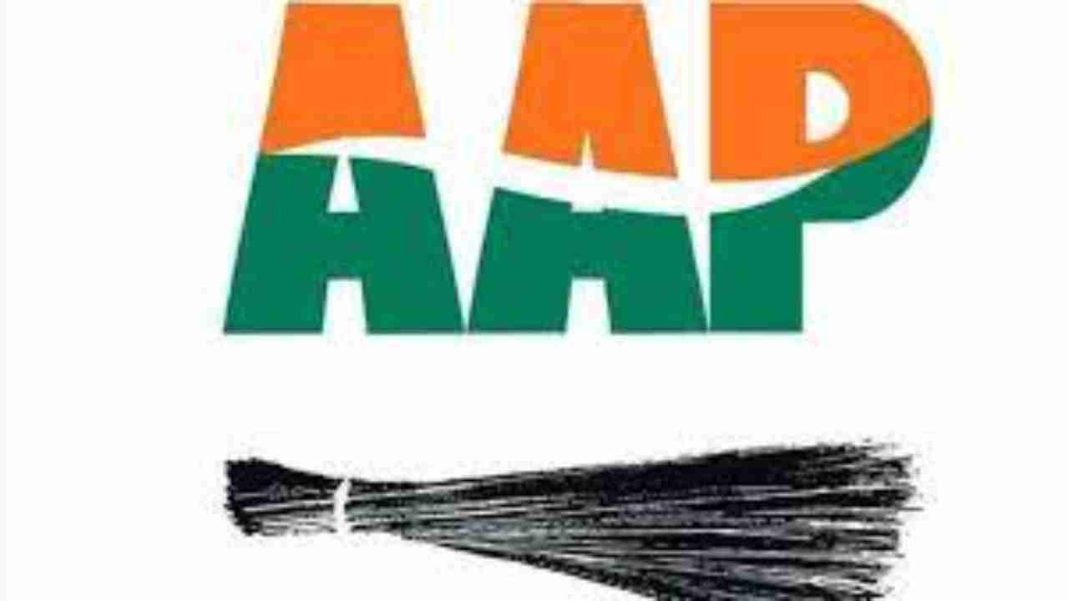 The Aam Aadmi Party (AAP) has filed an intervened in the case before the Supreme Court for preventing political parties from promising freebies to the electorate before elections.

The application by AAP says that the plea by BJP leader Ashwini Upadhyay is a “Political Interest Litigation.”

“…present Petition is not an instance of non-partisan litigation made in general public interest shorn of any personal or political motives. The Petitioner himself has strong links to the ruling Bharatiya Janata Party (‘BJP’), having served as its spokesperson and as a leader of its Delhi unit in the past. The Petitioner’s frivolous petitions instituted in the name of public interest, often inspired by this party’s political agenda, have come under this Hon’ble Court’s criticism in the past.”

The party questioned that the petitioner sought judicial action against a particular model of economic development by exclusively targeting fiscal expenditure on socialist and welfare measures for the masses and that he,

“…ignores the vast fiscal losses to the exchequer caused by tax rebates, subsidies and other such ‘freebies’ routinely provided to big industries and businesses by the Centre and various State governments alike. Instead, the Petitioner prefers that the burden of improving the fiscal health of the nation be imposed solely on the underprivileged masses.”

Last week CJI NV Ramana suggested that there should be a formation of a committee consisting of the Central government, opposition parties, the Finance Commission, the Reserve Bank of India (RBI) and other experts to mull over the issue of freebies by political parties and how it can be curtailed.

Solicitor General of India Tushar had said “freebies was a road to economic disaster for a nation.”

The party stated that if it is only about freebies given,then the first people  to be asked should be politicians, ministers, and Members of Parliament and Legislative Assemblies.

The plea submits that if the idea is resource conservation within the nation, then the beginning point of that should not be the deserving masses who are constitutionally entitled to support in attaining a dignified standard of living.

“…but the political and governing class which has, in the past and even now, been a significant beneficiary of the State’s largesse, through, inter alia, free housing in prime areas of national and state capitals, given to Ministers/Members of Parliament/civil servants, etc,” reads the plea.

AAP application states that Upadhyay’s concerns is based on whether such policies may be advertised or promised by parties in their electoral campaigns, and not whether expenditure on such freebies is actually made by a government once elected.

“Once this is rendered clear, any veneer of concern with fiscal responsibility that the petition seeks to adorn is destroyed, and the petition is revealed as a transparent instance of ‘political interest litigation’,”says AAP.

Upadhyay has talked that arbitrary promises of  freebies violate the mandate of the Election Commission of India (ECI) in conducting free and fair elections.

The plea gave the following examples from the Assembly elections held

4. For UP Assembly elections, Congress promised a smartphone to every girl studying in Class 12, a Scooty to every girl pursuing graduation, free public transport for women, eight free gas cylinders per year to every housewife, free medical treatment up to Rs 10 lakh per family.

in his letter, Upadhyay has prayed for directions to tell that distribution of irrational freebies from the public fund before election to lure voters is violative of Articles 14, 162, 266(3) and 282 of the Constitution and analogous to the ‘bribery and undue influence’ under Sections 171B and 171C of the Indian Penal Code 1860.

He also asked ECI to insert an additional condition in Paras 6A, 6B and 6C of the Election Symbols Order 1968 mandating that “political party shall not promise/distribute irrational freebies from the public fund before election”.

AAP has argued that by removing such socialist and welfare agenda from the electoral discourse, the petitioner seeks to advance the interests of a different, more parochial kind of politics reliant on caste and communal appeals.

Instead of freebies,he said such policies should be implemented like

The application also says that the freebies may be attractive and have immense social utility yet they are not corrects are an affront to our constitutional project above described.

AAP has said that upadhyaya should not be allowed to raise this issue before the Supreme Court must be rejected, and that the Court must not get into this issue at his behest.