From Mumbai Police chief to proclaimed offender, Param Bir Singh and his many shady, questionable deals 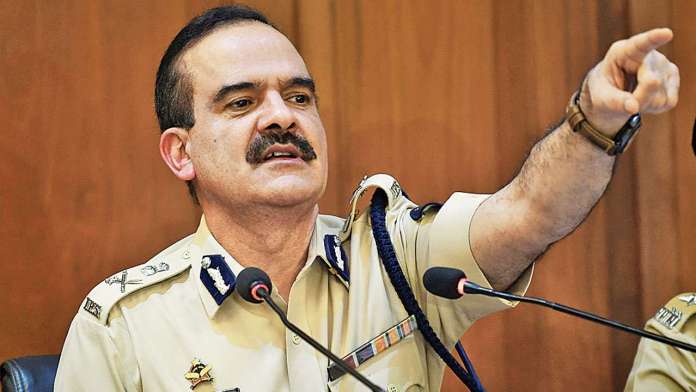 From being the police chief in India’s financial capital and megapolis Mumbai to being declared a proclaimed offender by the very force he led, Param Bir Singh has come a long, long way.

Now with being declared proclaimed offender along with two others, he will have to present himself within 30 days failing which the Mumbai Police will being process to attach his properties and auction them.

This story is about his properties which are at risk. Some of them fruits of questionable deals, violating terms under which they were awarded, becoming a very scam in themselves. And some for which he had to lean on his wife Savita Singh’s presence on boards of top companies including LIC Housing Finance and IndiaBulls subsidiaries. India Legal lead investigator Neil Terrance Haslam found that tips from her, verging on insider trading, made both the husband and wife make a killing on the stock exchange. More on that later.

Over the years, Singh, unsurprisingly like other top police officers, has earned income apart from his salary. Most of it as rent, which totals to about Rs 1.53 crore over six years.

The Rs 1.53 crore rent has been earned on 1201/A, Vasundhara Cooperative Housing Society Ltd, Plot no: 4-A/7, Juhu, Mumbai. The property is built on a plot obtained by a scam.

Land for the property in question was requisitioned by former Mumbai Police chief M.N. Singh in 2001 for a group housing society for IPS officers from the land de-reserved for police quarters since 1974. The plot was given on three conditions:

1) upon completion of building of the flats the beneficiary IPS officers would vacate their government quarters and not use any official residence when posted in Mumbai.

2) not sell or lease or rent out the premises.

Following their assurances, 34 IPS officers were allotted flats in the two 9-storey buildings of Vasundhara Cooperative Housing Society. In violation of the terms listed above, some officers continue to occupy official residences and have leased out to private firms at commercial rates. Therefore, with the new houses out on rent, the 34 IPS officers were earning Rs 1 lakh-Rs 1.5 lakh per month. As regards the 2000 square yards for the proposed quarters, it has now been built into  a swimming pool and two of the flats have become a club for the society members.

Again, the property, Flat 1201A, is restricted from being let out but was earning whopping rents. The first lessee, M/s Sason Synfuel, is a company based out of South Africa and is a joint venture of the Tatas. The other lessee is Croma, the retail electronics brand of the Tatas.

Param Bir Singh is also an active trader in the stock market just like his wife Savita. Reports have said they make gains  from unpublished information which Savita acquires as she is on the board of various listed companies. An example of making profits within a very short span by buying 4000 shares of IndiaBulls real estate on May 14, 2014 at Rs 68.40 and selling them 12 days later, on May 26, 2014, at Rs 94 per shares thereby making a return of 30% in just a week’s time. This is pure insider trading as per the law.

The true picture when we see Savita Singh’s involvement in companies. She is a partner in the real estate practice group of M/s Khaitan & Co LLP in the Mumbai office with profit sharing of 25%. Savita also holds board position as a director in following companies:

It is pertinent to note her presence on the boards of LIC Housing Finance and the IndiaBulls companies, which have been at the heart of a multi-million scam. Savita Singh holds the following properties in her name:

The aforesaid properties were bought by Savita as under:

Savita Singh is also director and 3.39 percent shareholder in  Shreyas Home Management Private Limited, the company which is holding the commercial property at Vasundhara Co.Op.Hsg. Soc. Ltd. Plot No.7/5 CTS No.36, JVPD Scheme, Juhu, Mumbai -400049. While it is mandatory to disclose directorship in the Income Tax Return, in Savita Singh’s case it has not been done, a serious violation of the law for the wife of Mumbai’s chief law enforcer.

The commercial property has been leased out to as mentioned earlier to Croma store for a whopping Rs 5.67 crore per annum, over Rs 45 lakh per month. And the wife’s not all.

Param Bir Singh’s son Rohan Singh (born in 1989) has also added to the family kitty. The said income was received from the age of 21, Rohan Singh was still studying and spent most of his time abroad. This appears to be an accommodation transaction.

His income during the past few years:

Rohan has bought himself a lavish flat in Indiabulls Blu 6,651 sqft (National Textile Ltd and Bharat Textile Mills). The market value of this property is more than Rs 10 crore. This property is ultra-luxe and actor Madhuri Dixit is one of the fellow owners.

The chartered accountants of Rohan Singh and his sister Raina Singh, R B Sharma & Associates, has a record of setting up shell companies most of which are “struck off” and most of these have never filed their annual returns.

With all these skeletons nestling in his and his family’s cupboards, Param Bir Singh has a lot to answer for to the country’s law enforcement agencies. No wonder, the Supreme Court was not inclined to grant him pre-arrest bail because he would need to get to India to protect his investments and be liable to be arrested for the very many questionable and illegal deals mentioned above.