It will take 8 to 12 weeks for all the pre-sentencing investigation and paper work, during which time Chauvin is in County Jail. 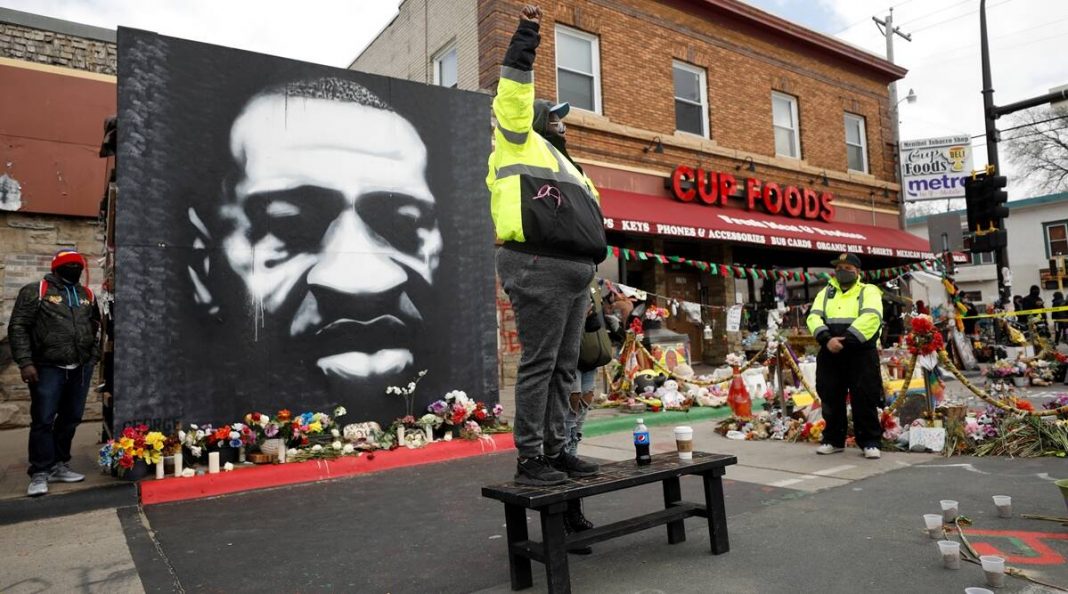 It took just 10 hours for the Minneapolis jury to reach a unanimous conclusion that former police officer Derek Chauvin was guilty on all three charges— two murder, one manslaughter —in the death of George Floyd a year ago.

Judge Peter A. Cahill read the jury decision with the jurors still off camera. Chauvin sat motionless. His bail was revoked and deputy sheriffs handcuffed him for a trip to the Hennepin County jail.

The throng outside seemed both shocked and relieved that a policeman was held to account for excessive force against a Black male. Similar gatherings around the USA were also peaceful and emotional. This is the case that kicked the #BlackLivesMatter protests into high gear last year.

Minnesota Attorney General Keith Ellison led the case after local prosecutors seemed incapable a year ago. Ellison said the decision provides accountability but there is much more to dealing with systemic racism in policing and the general society. He thanked just about everyone— his team, the jurors, the people of Minneapolis and people across the nation who provided pressure and support.

The case came down to reality— the video of Chauvin nonchalantly kneeling on Floyd for More than 9 minutes— versus a defense that can be charitably described as an alternative explanation of what happened.

It was prosecutor Steve Schleicher who put it simply to the jury in his closing:

The global spotlight has been on Chauvin, while three other former Minneapolis police officers where  part of the arrest outside Cub foods store. Their sheer passivity was, in some ways, more stunning than Chauvin’s casual cruelty. They stood by and watched Floyd die. They go on trial in August. Knowing the power of the 9-and-a-half-minute video, some may opt for a plea bargain rather than a jury trial. They are fully aware the Minneapolis police chief and several top officials all testified against Chauvin for use of excessive force and failure to follow department training.

What hasn’t changed is the issue of police use of deadly force against black males. After the decision President Joe Biden said, “Today’s verdict is a step forward” and Vice President Kamala Harris, herself a former prosecutor, said, “It cannot take away the pain. A measure of justice isn’t the same as equal justice.”

Chauvin kneeling on Floyd’s neck had a more than a passing resemblance to the big game hunter posing over a kill. Chauvin did not testify in his own behalf so the question “what were you thinking” never got answered by the only person who could.

Defense lawyer Eric Nelson tried to raise multiple theories of what killed Floyd, suggesting medical and facts not clear in the video. He said his client acted as any “reasonable officer” would, but did not mention that the defense’s singular witness on excessive force admitted that Chauvin’s actions violated the policy of the Minneapolis Police Department, adding that a, reasonable police officer would abide by his department’s policies. Nelson said,” The state has failed to prove its case beyond a reasonable doubt, and therefore Mr. Chauvin should be found not guilty of all counts.”

“You were told that Mr. Floyd died because his heart was too big, the truth of the matter is that the reason George Floyd is dead is because Mr. Chauvin’s heart was too small.”

It will take 8 to 12 weeks for all the pre-sentencing investigation and paper work, during which time Chauvin is in County Jail. It’s up to the Judge if the sentencing should exceed the guidelines which could give Chauvin as many as 70 years imprisonment.

It is not breaking news to say that the world contains sadistic, racist bullies, some of home are in  law enforcement. Police departments urgently need to implement high-quality training programs to reduce them type of deadly passivity the three other policemen showed. Improved recruitment standards are also necessary. Some of this is embodied in a Policing Bill stalled in the US Senate.

It was a day of emotional news for many Minnesotans. Walter Mondale, a Minnesota senator and presidential candidate in 1984, died on Tuesday at the age of 93. A liberal with a humanitarian streak, Mondale followed Hubert Humphrey into the Senate and  was Vice President when Jimmy Carter was president 1976-1980.   He was a dominant figure in Minnesota’s Democrat-Labor party politics for three decades.