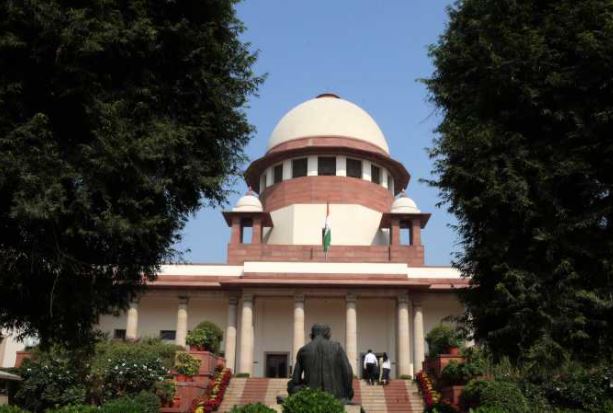 The Supreme Court bench led by the Chief Justice of India S.A. Bobde has asked Attorney General K.K. Venugopal to file an authentic report on the undergrounding of power cables while hearing a matter pertaining to the death of a large number of the endangered Great Indian Bustard due to collisions with high-voltage power lines. The Court adjourned the matter by two weeks.

Senior Advocate Shyam Divan appearing for the petitioner said the black and white maps which the court had directed to be submitted as coloured maps have been filed. AG Venugopal said he does not have the map, to which Divan said it has been filed on record.

The three-judge bench of Chief Justice Bobde, Justices A. S. Bopanna and V. Ramasubramanian said, “There is wide discrepancy on laying down underground cables.”

The bench said that somebody should give the bench an actual figure so the bench can decide on laying down underground cables.

The bench further asked AG Venugopal to file an authentic report on undergrounding the cable lines. All parties to give their suggestions on funding of the laying down of underground cable lines, said the Court and listed the matter after two weeks.

The Court was hearing the matter of the deaths of a large number of Great Indian Bustards due to collisions with high-voltage power lines. The plea has been filed by retired IAS officer M.K. Ranjitsinh.

The Court said that the Bustards are large birds and it is difficult for them to maneuver due to the high-tension power lines which obstruct their flight paths.

The Ministry of Environment and Forests (MoEF) had submitted before the Court that there is no other option but to lay power cables underground to protect the Great Indian Bustard and the Lesser Florican.

The bench had said,

“This is a larger bird which fly in a particular direction. To avoid power lines coming in the direction of flight path of the bird, it would be appropriate if they are laid down underground. Necessary changes can be made in the contract with the private companies for laying down underground cables.”

Advocates Sugandha Yadav, Shatadru Chakraborty and Sonia Dube, appearing for petitioner Ranjitsinh, had submitted before the bench that terms of reference had been prepared for the court appointed panel, which could be looked into the conservation of the Great Indian Bustard and the Lesser Florican.

The top court had earlier asked the MoEF to look into the terms of reference and file an affidavit in this regard.

The Counsel for the petitioner had suggested names of three experts — Sutirtha Dutta (scientist), Thulsi Rao, Director, Andhra Pradesh State Biodiversity Board (APSBB) and Samad Kottur, a lecturer in a government college in Karnataka — to be included in the panel appointed by the apex court as they deal largely with LF.

Also Read: CJI Bobde says selling animals does not mean they’ve been subjected to cruelty, it is a livelihood

The bench had accepted the suggestion while directing for the inclusion of the three experts in the panel.