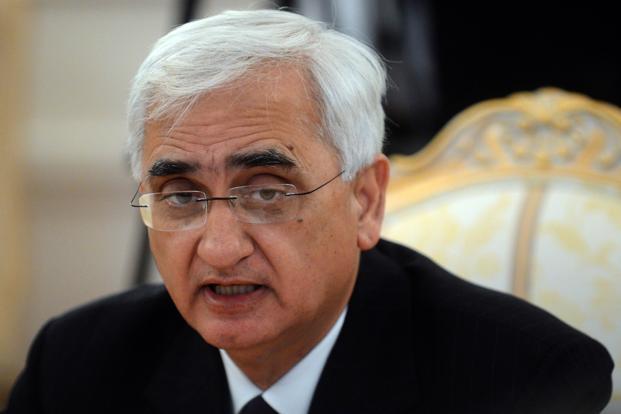 Hindu Sena president Vishnu Gupta has filed an injunction suit in the Patiala House Court, New Delhi to stop the publication, circulation, and sale of former Union Minister Salman Khurshid’s book Sunrise Over Ayodhya for hurting the sentiments of Hindus through a passage in the book.

According to the suit, filed through Advocates Akshay Aggarwal and Sushant Prakash, the aforementioned book came into news and social media for hurting the sentiments of a large section of society who follow the Hindu religion.

It is stated in the suit that a passage in the book on page no 113 Chapter 6 with the title “The Saffron Sky” reads: “Sanatan Dharam and classical Hinduism known to sages and saints were being pushed aside by a robust version of Hindutva, by all standards a political version similar to the jihadist Islam of groups like ISIS and Boko Haram of recent years.”

The aforementioned excerpts are not only instigating and provoking but are also hurting the religious sentiments of a large number of people of society who follow the Hindu religion, alleged the plaintiff (Hindu Sena President Mr. Vishnu Gupta).

In the suit it is mentioned that the Constitution of India provides every citizen of India with the freedom of speech and expression under Article 19 (1) (a) but Reasonable restrictions can be imposed on the right to freedom of speech and expression under Article 19 ( 2 ) of the Indian  Constitution.  The rights granted under Article 19 is not an absolute right.  They can be restricted by competent authority in the interest of society at large.  That this right comes with some limitations and it must not be misused when it threatens and shakes the harmony of the country and the society.

It is averred by the Plaintiff that on one hand the  Supreme Court of India through its judgment dated 11 December 1995 in the matter of Manohar Joshi Vs Nitin Bhaurao Patil And Anr 1996 AIR 796 , 1996 SCC ( 169) said that ” Hindutatva is not a religion its a way of life and state of mind ” on the other hand a prominent leader and former Law Minister in his aforementioned book is comparing the way of life with jihadist Islam group like ISIS and Boko Haram these kinds of reading can disbalance the social harmony of the society and will definitely harm the feeling of a large community of people following Hindu religion in our country as well as all over the world.

This Book comparing Hindutva / Hinduism to terror outfit ISIS and Boko Haram is an attempt to demonise the Hindu religion.  These kinds of statements in a book can give publicity to the book but this harms the social integrity and hurts the sentiments of millions of Hindus residing in the country and all over the world, further alleged in the suit.

It is highlighted that this act of book launch is a poor stunt by Salman Khursid to disbalance the social integrity and harmony of the country and , after the Landmark judgment given by Supreme Court of India as Ayodhya Verdict in Civil Appeal Nos 10866 10867 of 2010 M Siddiq ( D ) Thr Lrs versus Mahant Suresh Das & Ors  .  The title of the book ” SUNRISE OVER AYODHYA ” and in chapter 6 with the title ” THE SAFFRON SKY ” shows the communal intention of Salman Khursid to disrespect the secular verdict of the  Apex Court.

“That this excerpt of the aforementioned book has questioned the history of 10,000 year old ” SANATAN DHARMA ” which teaches always about Vasudhaiva Kutumbakam and comparing the Hindutva to terror organization shows the ill mentality of Salman Khursid against the Hindu religion “

It is pertinent to note that two Delhi-based lawyers has filed different  complaints against senior Congress leader Salman Khurshid with the Delhi Police Commissioner Rakesh Asthana for comparing Hindutva with radical Islamist groups like ISIS and Boko Haram in his book.