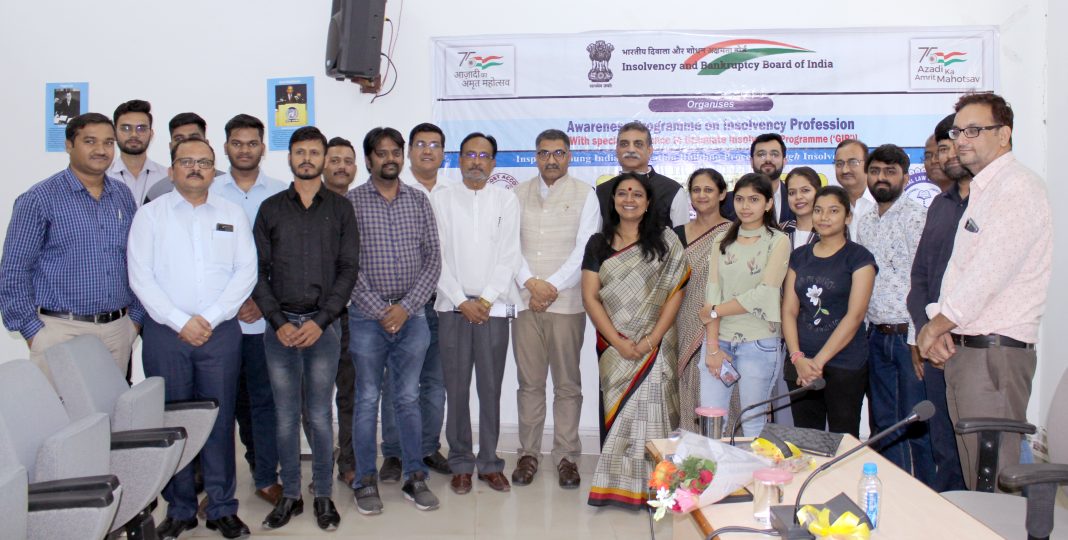 ICAI IPA managing director Rakesh Khatri was the chief guest at the event.  In his inaugural speech, Prof. Dr Uday Shankar said the program will be helpful to students who intend to pursue a career as Insolvency Professionals (IPs).

Rakesh Khatri elaborated on the role of IPs in the Corporate Insolvency Resolution Process and informed the gathering of the role the IPA plays under the IBC, 2016. He also emphasized on the relevance of IBC, 2016 and how it has evolved over the past 5 years.  He mentioned that the code is still evolving and is acting as a catalyst in maximizing value of assets of corporate debtors in default and protection of the interests of all the stakeholders. He said the awareness program is being conducted to ensure public participation in the nation building process. Insolvency Professional Manisha Agrawal gave a presentation on IBC, 2016. Later, Insolvency Professional Kanchan Choudhary gave a presentation on the Graduate Insolvency Program. Sameer Rakshat and Shanky Santani also enlightened the audience with their views.

About 50 participants attended the program. Dr Vipan Kumar, Dean, HNLU, delivered the vote of thanks.