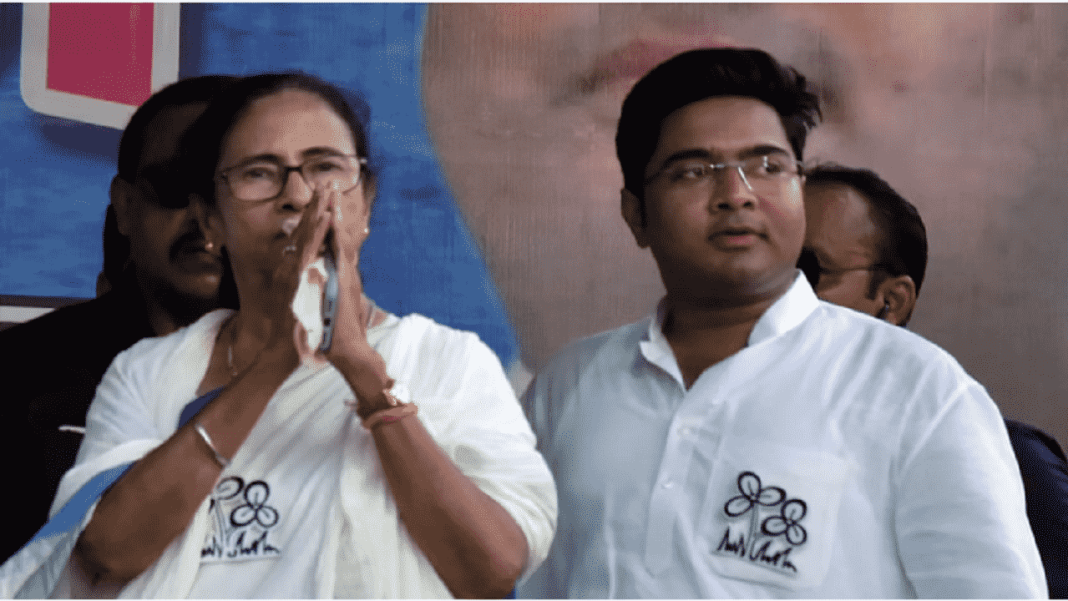 Rumours abound about the falling out between Prashant Kishor’s I-PAC and Trinamool Congress supremo Mamata Banerjee. It has been said that Prashant has messaged Mamata, saying he wanted to cancel the basic deal I-PAC had with TMC and that Mamata had replied with a terse “thanks.”

Mamata has tried to scotch the rumours by saying that this was an
“internal matter” of the party, a particularly wrong statement to make when the situation on the ground is a trifle volatile, involving the second list of candidates for elections to 108 civic body seats having been uploaded on the party’s Facebook and Twitter handles, apparently without her consent. That list had not been formally announced at the time.

It is being said that the uploading was – certain selections have been severely criticised by some senior party members and some have even dared to file nominations as independents – with the consent of the party’s national general secretary, Abhishek Banerjee, Mamata’s nephew. It is also being said that username and passwords had been provided to the I-PAC staff to handle these accounts and to upload the second list, which had not gone through the final selection process and had not been vetted by the Chief Minister.

It is quite a mess, actually, and dismissing these in public as an “internal matter” of the party, especially by a chief minister who is known for not holding back her comments in public, was possibly not a pragmatic move. I-PAC, meanwhile, is the victim of such “internal matters”.

Prashant Kishor has categorically said that the contract I-PAC had with All India Trinamool Congress (AITC) had been renewed to last till the 2024 general elections. Actually, this would be a misnomer. This is not like renewing a driving licence. What would have been renewed was a general agreement of working together. For every specific election process, a supplementary agreement would be drawn up, with a huge number of ingredients that are specific to that election. For example, for Goa, it would have included hotel stay and travel to and fro, plus local expenses of I-PAC staff. Much of that would have been absorbed by the TMC in West Bengal for work within the state.

All this was planned by Abhishek, looking ahead to creating the national party credentials (as per requirement of the Election Commission of India) of the AITC. The immediate target in this general agreement was the Goa polls, not any civic body polls of West Bengal. So how the passwords etc. ended up with I-PAC staff, or how even the raw second list ended up with them, is not clear.

The BJP is trying to make hay in this, wanting to support those who have expressed their desire – many openly, in front of television cameras – to stand as independents. Many of these have been old hands of the TMC having worked for the party for decades. It hit harder, when one or two of those allotted seats (this has yet to be confirmed by the party supremo) had actually been defectors to the BJP, having now returned to the TMC.

While the BJP’s tacit support to these turncoats has little meaning, being a party which has now been completely sidelined in state affairs, TMC old timers are the ones who have come out against such choices. They blame I-PAC for initiating these new faces, indirectly targeting Abhishek, who is the key person behind the I-PAC deal. In the middle, I-PAC has been squashed.

Frankly, Abhishek’s designs are quite right, as far as strategy for other states are concerned. While results in the last assembly elections have been largely credited to I-PAC, one cannot disregard the sheer persona of Mamata in West Bengal. She is a giant in today’s Bengal politics. I-PAC virtually rode that wave. The problem is that Mamata’s image isn’t half as much in any other state. This was evident in the last municipal body polls in Tripura, a mostly Bengali speaking state. AITC candidates were swept away by the BJP.

Abhishek’s strategy is to establish AITC as the presiding deity and not the persona of Mamata. Old timers, possibly, see an ulterior motive in that. The issues that go around today, makes one see similarities with the Congress and the trouble that started when Rahul Gandhi wanted a democratic setup in the Indian National Congress and Sonia Gandhi and the old timers of the party vehemently opposed it. The G23 in Congress was possible, because the party allows it. Such a group is quite unthinkable within the AITC.

In the end, though, I-PAC will have to deal with the infighting. It is a political strategy party, and there isn’t any political party – including the extremely organised CPI (M) – where there has not been any power struggle. The nature of business of Prashant Kishor’s organisation is such that it should be prepared for such exigencies.

As of now the general understanding between AITC and I-PAC definitely stands. Probably, the details of the supplementary agreements will vary a bit. It had been very strongly skewed towards I-PAC, and Trinamool old timers want a more balanced system, where I-PAC functions as per the wishes of the party and not the other way around.

There has also been a major accusation, which says that Abhishek has probably taken a stake in I-PAC (the company). That seems unlikely. Prashant Kishor has major plans beyond I-PAC and all of that is concentrated in the northern parts of India. Even if he says he no more wants any truck with Rahul Gandhi, the Congress is PK’s main target. We will know more about that before 2024. Within this scenario, no Abhishek Banerjee will be able to buy any stake in I-PAC.

The troubles inside TMC are growing at the grassroots level. It is time for Mamata to take serious note of that. The solution is not rocket science, especially with TMC’s popularity being where it is today in West Bengal. The party needs to understand that it has to look at the national picture with a different pair of spectacles. It is here that Abhishek and I-PAC should remain in play.