Impact of US sanctions on Russia: Reasonable endeavours under Force Majeure clause 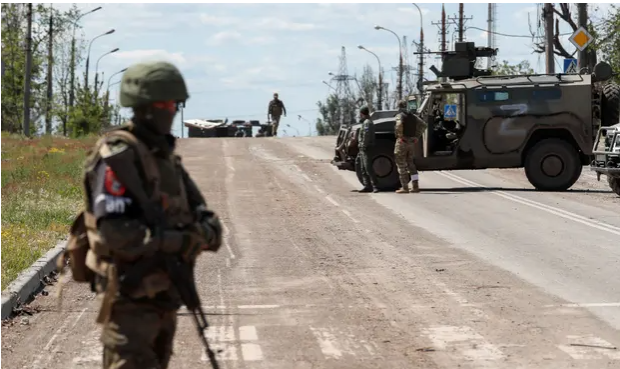 The US sanctions against Russia has seriously affected payments under international trade and shipping which is mostly in US dollars, involving US banking system, especially secondary sanctions which impose penalties on persons and organizations not directly subject to its legal jurisdiction.

In other words, where contract doesn’t expressly provide option for payment in a different currency and/or in the absence of such express clause if parties to the contract unable to reach any consensus where sanction imposed after the execution of contract, sanction may prevent performance. The common confusion in the industry is whether by virtue of expression “reasonable endeavours” under Force Majeure clause is a party required, to accept non-contractual  (e.g. accepting payment in (non-contractual) € (Euros) insteadof (contractual) US$) performance in order to circumvent the effect of a force majeure or similar clause.

In a most welcoming decision inMUR SHIPPING (Owners) V RTI LTD (Charterers)English Commercial Court on 4th March 2022, it has been clarified thatexpression “reasonable endeavours” under Force Majeure clause do not contemplate that a party is required, to accept non-contractual performance in order to circumvent the effect of a force majeure or similar clause. The judge also accepted and held that if the loss of a contractual right turns purely on what is reasonable in a case, then “the contractual right becomes tenuous, and the contract is then necessarily beset by uncertainty which is generally to be avoided in commercial transactions”.

Albeit in this case, the dispute arose due to sanctions imposed on Russian entities in 2018, however, the decision &its ratio is duly applicable to the interpretation of expression “reasonable endeavour” to overcome force majeure situation in light of the recent imposition of further sanctions on Russia as a result of the ongoing crisis in Ukraine.

Brief of the case, claim arose out of a dispute between the Owners and the Charterers in relation to a Contract of Affreightment (the “COA”) which the parties entered into in June 2016. In April 2018, the US imposed sanctions to the Charterer’s parent company, which led the Owners to invoke a force majeure clause under COA. The Owners claimed while invoking force majeure clause that if they continue with the performance of the COA, it would have amount violation of US sanctions, because sanctions has prevented dollar payments, and COA expressly required payment in dollar and not in any other currency.  On the other hand, the Charterers claimed that the parties would have smoothly performed the task under the COA in terms of reasonable endeavours if owner would have accepted the Charterer’s payment proposal to pay Euros and then being a non-US entity (Owner’s a registered company under Dutch law), would have smoothly performed the contract without running any risk. However, the Owners insisted that the freight in the COA was to be paid in US dollars, and if monetary transfers from the Charterers to the Owners were restricted, the Owners could not be expected to load and discharge without first receiving payment in accordance with the terms of the COA. Ultimately, the Charterers obtained alternative tonnage and brought a claim for the additional costs incurred.

The tribunal accepted that the effect of both “primary” and “secondary” sanctions was drastic. Thus, normal commercial counterparties would be frightened of trading with the party that has been sanctioned, bank finance was likely to be frozen, and underwriters would be reluctant to insure normal trading activities. The tribunal further accepted that sanctions had an impact on the ability of the Charterers to make US dollar payments to the Owners, but the tribunal decided in favour of the Charterers on the ground that the Owners’ case on force majeure doesn’t succeed on one point, the point onwhich it failed was that, applying the terms of the force majeure clause, it could have been overcome by reasonable endeavours from the Party affected, reason the tribunal considered that theexercise of reasonable endeavours required the Owners to accept a proposal made by the Charterers tomake payment in €. The tribunal further explained the reason as it was “completely realistic alternative” to the paymentobligation in the COA, which was to pay in US dollars. The Owners could have adopted this alternative with no detriment to themselves, because the Charterers had made it clear in correspondence that they would bear any additional costs or exchange rate losses in converting € to US$, and also because a number of payments were in fact made by RTI in € and converted on receipt by the Owners’ bank, with no evidence that the Owners rejected those payments.

The Owners appeal against the award under section 69 of the ArbitrationAct 1996 on a question of law arising out of the Award. The appeal raises a short question of law,namely whether reasonable endeavours extended to accepting payment in (non-contractual) € insteadof (contractual) US$.

The English Court decided in favour of the Owners andruled that the obligation to pay freight in the agreed contractual currency is an important contractual obligation. If the contract permits payment in a currency other than US$, then the present argument does not arise at all i.e. there would be no force majeure at the first place itself. If, however, the contract requires payment only in US$, then the consequence would be that the Owners could, properly reject a non-contractual payment and require the Charterers to perform in accordance with the COA. Non-performance of the specific freight payment obligation would be non-performance of a significant obligation under the contract and for the reasons set out above, the Owners’ appeal succeeds, and the Award should not be upheld.

Similarly, this point comes in some other contexts as well for example; cargo is destined for a port in sanctioned or war zone country, or any other place where any Force Majeure incident is prevailing, it will possibly cause a very long waiting until war/ Force Majeure/sanction cease to exist or get lifted. In such event, question arises as to whether owner/charterer (as the case may be) entitled to insist discharge of the cargo at any nearby alternate port and if yes, who will be liable of the associated cost. Second question which arises here is that, can we hold charter or vice versa owner responsible for the losses arising out of their refusal to discharge at any alternate port. Albeit fact of above case is totally different but reasoning of the decision will through light to understand this different scenario, here concerned party may insist to discharge the cargo at any nearby alternate port which is only realistic alternative available before that party and which could have adopted with no detriment to other party, however, that party can’t claim it as a contractual right or entitlement under the contract especially in the absence of any express clause to this effect under the contract.

As a general principle of law, any change will amount to alteration of the agreed terms and conditions under the contracts. Hence, question as to, if discharge at any alternate port is allowed or accepted then question as to at whose risk or cost will majorly rely on the contractual terms such as if contract provide any provision to this effect and/or party who position is dominant under the contract plus other prevailing circumstances.

Conclusion: It is clear from the above that reasonable endeavours does not oblige party to accept non-contractual performance and at the same time sanction doesn’t not prevent parties from varying their contractual terms provided they mutually agree to do so. In other words, liberty is available to the parties to agree otherwise, if they mutually agree to varying their contractual terms and maneuver any rough situation. It is pertinent to note, while doing so parties need to take all due diligence & precautions. Therefore, when such clauses triggers, test provided it is simply to identify what performance is exactly required under a contract, and whether the event prevents that performance.

Disclaimer: The above is general information for understanding purpose and in no manner can be considered as legal advice, hence, should you have any doubts please contact expert.

The writer is a maritime & international trade lawyer