Interest during loan moratorium: Big demand for full waiver before SC, but RBI says that will weaken banks 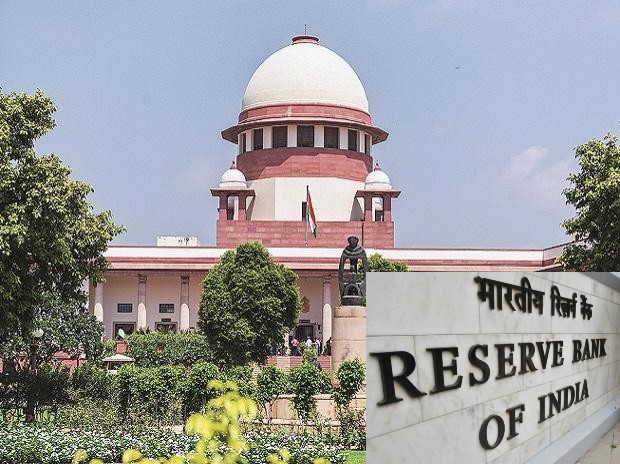 New Delhi: The Supreme Court today heard arguments in length regarding petitions demanding waiver of interest on the suspended EMIs during the moratorium period.

A three-judge Bench of Justices Ashok Bhushan, R. Subhash Reddy and M.R. Shah had yesterday adjourned the hearing to peruse the affidavit filed by the Central government yesterday.

During the hearing today, Senior Advocate Rajiv Dutta, appearing on behalf of a borrower, submitted that there was no default on the loans on his part. Moratorium on EMI was meant as a respite when cash flow is strapped. How can banks say it is a loss?

Dutta submitted that they came up with a scheme to help the public, but this is a double problem for us since they will charge us with compounded interest. By charging interest on interest, these Banks are treating this as default. This is not a default on my client’s part and since this is not a default on my part, they cannot charge me as though I’m in default. This is not revenue for the Banks so they cannot say that they will incur losses.

Dutta stated that it seems that the Banks are hiding behind the RBI, because when the whole country and all sectors have gone under the RBI wants Banks to make profits and is treating itself as an agent of the Banks and not as a regulator.

Senior Counsel Aryama Sundaram for CREDAI – an association for real estate developers – submitted that everything has been left to the Banks under the August 6 circular on the resolution process. It is all open ended. Sundaram argued that if interest cannot be waived, Banks may at least reduce it to levels to which depositors are paid. It is unfair to charge penal interest on borrowers as this may lead to increased NPAs.

Senior Advocate Kapil Sibal, appearing on behalf of an Association of Construction Companies from Mumbai, contended that the power under the Disaster Management Act has to be exercised by the NDMA which is assisted by an advisory council and headed by the Prime Minister. When a disaster occurs, an entire body has to act for disaster management. The extent of the power of the NDMA is such that decisions under section 13 in context of the Act will have an overriding effect and what we see here is the absolute absence of exercise of this power.

Sibal submitted that yesterday the government released data of how the Pandemic has affected different sectors. The construction sector has had a negative 50 percent growth. The pandemic happened in March and from March to August the situation has been out of control.

Sibal drew the Court’s attention to the deteriorating condition of the Construction industry, especially during the pandemic. He stated that decisions under the August 6 circular of the RBI have been left completely on the Banks and this is arbitrary. The August 6 circular makes only some accounts eligible to be given benefit of the resolution plan. The resolution plan has to be approved by 70 percent of the lenders and the accounts need to continue to remain “standard” for this benefit.

Sibal submitted that the moratorium be extended and the expert committee must come up with a sector wise plan and place it before the Court.

Advocate Vinayak Bhandari submitted that the Banks may levy interest but to a limited extent. While it is said that relief cannot be a one size fits all approach, the pandemic was of the very nature of one size fits all. The ship is sinking and it is not fair to consider who should be rescued.

Advocate Ashish Virmani, appearing on behalf of textile mills association, prayed that status quo as on August 31 be maintained. He submitted that there is no reason why MSMEs should be excluded. The date of the moratorium period has expired, but the considerations of the committee still continue.

“We all aren’t here in an adversarial litigation, but to find a solution to the crisis.”

He clarified that the RBI’s August 6 circular is contested, and the issue right now is if interest can be charged during moratorium, and says that different sectors of the economy have been affected differently during the COVID-19 and lockdown.

Among the options available for reviving the economy, one was to write off interest and second was a more holistic option in which the first step would be to ease the burden of repayment of loans. The next priority was the revival of sectors so that the economy gets moving, restructuring of stressed assets and then the operations of banking sectors.

Talking about the importance of Banks in the present situation, Mehta said that banks comprise a vital chunk of the economy and to start the economy’s revival and reconstruct stressed assets strong banks are needed. Writing off interest straightaway will weaken banks.