Jhuggis will not be removed till governments take a decision, Centre tells SC 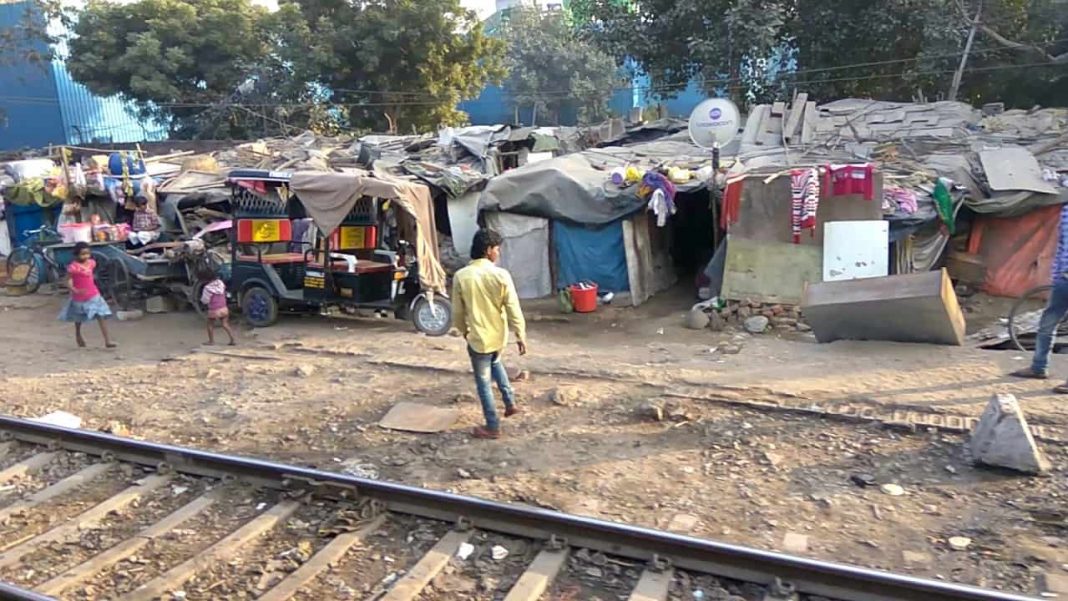 New Delhi: The Centre today assured the Supreme Court that no jhuggi will be removed right now while the Railways is in consultation with the Delhi government and while the Ministry of Urban Development comes up with a solution.

The case of Justice Arun Mishra’s order on the demolition of the jhuggis will now be heard by a CJI S. A. Bobde led bench.

Solicitor General Tushar Mehta told the court that the Railways, Urban development ministry and the Delhi government will sit together and find a solution in four weeks and till then there will be no removal of 48,000 slums along the railway lines in Delhi.

This petition was filed by senior Congress leader and former minister Ajay Maken seeking rehabilitation of slum dwellers prior to the removal of 48,000 dwellings alongside the railway tracks in Delhi.

The single bench of Justice Arun Mishra of the Supreme Court on August 31 directed the removal of 48,000 slums along the 140 km length of railway tracks in Delhi within three months and said there shall not be any kind of political interference in execution of the plan.

The plea was to seek direction to the Ministry of Railways, Delhi Government and Delhi Urban Shelter Improvement Board (DUSIB) to rehabilitate the slum dwellers prior to eviction/ demolition of their dwellings.

It also sought direction to the Ministry of Railways, Delhi Government and DUSIB to follow the Delhi Slum and JJ Rehabilitation and Relocation Policy, 2015 and the Protocol (for removal of jhuggis) in letter and spirit.

The petition filed through advocates Aman Panwar and Nitin Saluja said that subsequent to the August 31 order of the Supreme Court the Ministry of Railways has issued demolition notices and has fixed the demolition drive for September 11 and 14 in various slums in Delhi.

However, various policies of the government of India and that of the Government of NCT of Delhi, providing for prior rehabilitation of slums dwellers, survey of the affected population are neither being followed by the respondent Railways, nor have been brought to the notice of this court.

Referring to the COVID-19 situation in the country, the plea said that in these circumstances, it would be highly risky to demolish the hutments/ jhuggis of more than 2,50,000 people without prior rehabilitation as they will be forced to move from place to place in search of shelter and livelihood.

As the slum dwellers were not parties in the case, either directly or in representative capacity, their stance and the relevant documents could not be brought before this Court for its kind consideration.

The net effect of the directions passed in the order dated August 3, is not only that the slum dwellers have been denied opportunity of hearing but also the order itself is inhuman and against public policy as lakhs of children, women and elderly currently residing in the large slum clusters alongside the railway tracks will be left without a roof on the streets.

It has been further said in the Application that the Ministry of Railways and the Delhi Government has circumvented the detailed Judgment dated 18.03.2019 of Delhi High Court in Ajay Maken Vs. UOI (WP.C. (PIL) 11616/2015) by keeping the apex court in the dark about the fine protocol approved by the high court for removal of slums. Not a single slum dweller either directly or in representative capacity has been heard by the apex court before passing such a devastating order, said Maken.

Maken and co-petitioner Kailash Pandit said that they are filing the intervention application seeking additional directions for rehabilitation of the affected population prior to their displacement.

The plea said that the Apex Court has not only directed removal of about 48,000 jhuggis along-side the railways line, but it has also directed that no court will grant stay in the said process which amounts to grave obstruction in the Right to Access to Justice.

On August 31, the Supreme Court directed that the slum dwellings will be removed in a phased manner. It had said, in case any interim order is granted with respect to encroachments, which have been made along with railway tracks that shall not be effective.

The apex court had said that 70 per cent of the requisite amount shall be borne by the Railways and 30 per cent by the state government and the manpower be provided by the South Delhi Municipal Corporation (SDMC), Railways and agencies available with the Government, free of cost, and they will not charge it from each other.

On February 28, the SC had taken note of “heaps of plastic bags and garbage” lying on both sides of railway lines in outer Delhi region and asked the Delhi government, civic bodies and EPCA to make a concrete plan for its removal.

On the last date of hearing, terming the situation as “pathetic”, the Apex Court had taken cognisance of this issue and said steps have to be taken on a “war footing basis” so that no such garbage is dumped on the sides of Railway Lines in future. It had directed that a joint meeting be held by all stakeholders and a comprehensive action plan and time-frame be placed before the Court.

The case has been adjourned for four weeks.

The following are some of the interactions in court today:

The Solicitor General stated that the railways in consultation with the Ministry of Housing and Urban Affairs will take a decision on this soon, and that till the decision is taken, “no jhuggis will be removed.”

Senior Advocate Colin Gonsalves said: “We are all muted. Let us speak.” (This was through video conferencing).

The CJI said: “We will not. The Centre has already stated that there will be status quo till a decision is taken.”

Singhvi said: “That is all I wanted to say. It is our good fortune that you were waiting for us. But we are usually on mute when matters come up.”

Singhivi said: “Justice Lalit kept calling my name as I was an amicus, but the matter was already over. But throughout I was on mute.”

The SG said: “Such demolitions may be in pursuance to some other but not in this case.”

The matter has been listed after four weeks.