Allahabad HC grants bail to journalist, others accused of destroying ballot box during UP panchayat elections

The Additional Government Advocate opposed the prayer of applicants and submitted that the villagers along with the applicants tried to destroy the ballot box and firing was also done by the villagers, therefore, applicants are not entitled for anticipatory bail. 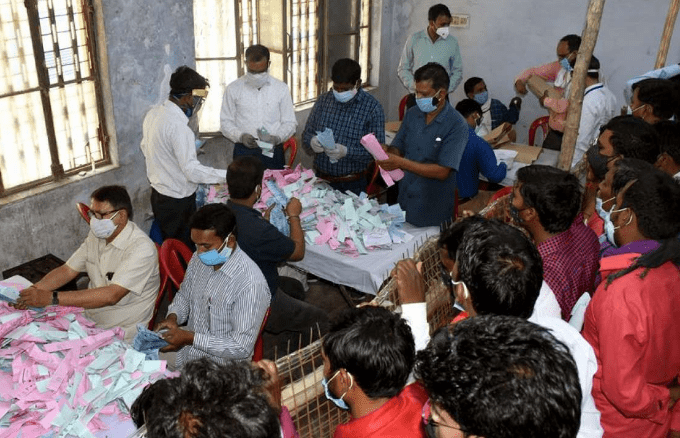 The Allahabad High Court has granted anticipatory bail to a Journalist and others, who have been accused of trying to destroy the ballot box and firing during the Gram Panchayat Polls in Uttar Pradesh.

A Single-Judge Bench of Justice Rajeev Singh passed this order on June 9, while hearing a criminal miscellaneous anticipatory bail application filed by Shiv Prasad Harijan and another on behalf of the applicants in a case registered under relevant Sections of Indian Penal Code, Criminal Law Amendment Act and Peoples Representation Act at Police Station Kandhai in district Pratapgarh of Uttar Pradesh.

He further submitted that the applicant No.1 (Shiv Prasad) is reporter at district level of Hindi news paper Pratap Kiran. On April 19, 2021, election of gram panchayat was scheduled and he was covering the news at polling booth (village Utrash).

He further submitted that the applicant No 1 reported the news about irregularity on the polling booth by the authorities and influential people through his Twitter handle.

He further submitted that due to coverage, the authorities were annoyed and police personal reached on the spot and started beating the voters. When objection was raised, an FIR was lodged against the villagers and the applicants and their family members were also dragged, only due to annoyance that applicant No 1 was covering the news in relation to the election and mismanagement of the authorities.

The Counsel for the applicants said that general allegation of firing is alleged against the villagers and police is trying to arrest the applicants due to annoyance as the applicant No 1 was covering the activities of the police personal and also flashing the same on the Twitter handle. The applicants are ready to co-operate in the investigation, therefore, at this stage, they are entitled to get the anticipatory bail.

The Additional Government Advocate opposed the prayer of applicants and submitted that as per the FIR and instructions, the villagers along with the applicants tried to destroy the ballot box and firing was also done by the villagers, therefore, applicants are not entitled for anticipatory bail.

“Keeping in view the reasons, as stated above as also the facts and circumstances of the case, it is evident that mismanagement of the authorities was flashed on Twitter by the applicant No 1 who is the journalist and other applicant is related to him, therefore, the applicants are entitled for interim bail”, the Court said.

The Court ordered that till the next date of listing, in the event of arrest of the applicants, Shiv Prasad and Ramdhari in the aforesaid case, they shall be released forthwith by the Station House Officer of the police station concerned, on their furnishing personal bond of Rs 50,000 with the following conditions:-

(1) The applicants shall make themselves for interrogation by a police officer as and when required;

(2) The applicants shall not, directly or indirectly, make any inducement, threat or promise to any person acquainted with the facts of the case so as to dissuade them from disclosing such facts to the Court or to any police officer;

(3) The applicants shall not leave the District concerned without the previous permission of the Court.

The Court has fixed the next hearing of the petition on July 7, 2021