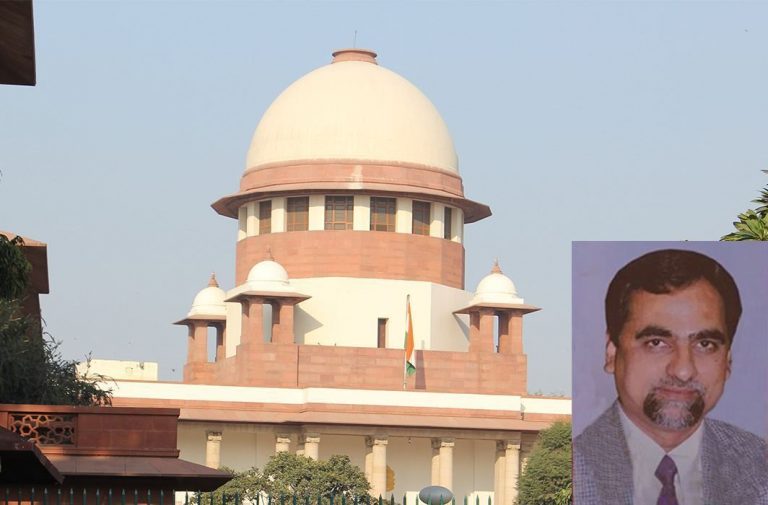 The Supreme Court bench of Chief Justice Dipak Misra and Justices AM Khanwilkar, DY Chandrachud continued, on Friday (March 9), hearing the writ petitions seeking an independent probe into the mysterious death of CBI Judge BH Loya who was handling the Sohrabuddin Sheikh fake encounter killing case in which BJP President Amit Shah has been an accused.

On Friday, senior advocate Indira Jaising made her submissions demanding an independent investigation to ascertain the cause of Judge Loya’s death and whether there was something suspicious behind his sudden demise in Nagpur on December 1, 2014.

Reiterating the allegations made by several senior counsels who have already placed their submissions before the top court with regard to the death of Judge Loya, Jaising said: “the initial suspicion (over the judge’s death) continue” as she asked: “When the patient (Judge Loya) was complaining of chest pain, why was he taken to a hospital where there was no cardiology department?”

She then told the court that according to the Meditrina hospital, where Judge Loya was taken on the fateful night by the four judges who were with him at the time when his health reportedly deteriorated, “Judge Loya was brought dead.”

She asked: “when did he die… during the transportation?” Jaising pointed out that as per available reports, Judge Loya was taken to the hospital by four judges. She submitted: “Why didn’t these four judges inform the police that someone died,” while asserting that as per medico-legal protocol, the statements of the four judges should have been recorded but wasn’t.

The senior advocate said that the since Judge Loya was declared dead on arrival by the Meditrina Hospital authorities, the hospital declined to issue a death certificate. She then raised the question on why the four judges, in whose company a brother judge had suddenly collapsed and died allegedly even before receiving treatment, did not bother to inform the police. “If a person dies in your custody aren’t you supposed to call and inform the police? I’m not saying he was killed but there’s a legal procedure which needs to be followed. It was under that circumstance the statements were supposed to be recorded, Section 174 has not been followed,” Jaising said.

She asserted that the four judges “were the eyewitnesses to the death of judge Loya”. She said that at a later stage, statements of some of the judges were selectively recorded and wondered why all four eyewitnesses were not questioned.

Jaising went on to point out several discrepancies in the probe procedure that was followed while carrying out the preliminary inquiry into the judge’s death which had contentiously concluded that there was nothing suspicious about his sudden demise. She said that while the statements of Dr PG Dande, the proprietor of Dande Hospital where Judge Loya was first taken to by the four judges after he reportedly complained of chest pain, were recorded in which he claimed that a ECG was performed on the patient, but that statements of the person who actually carried out the ECG were not recorded.

“Who can say I did the post mortem. In all the voluminous documents submitted before the court, none of them contain statements of the doctors… An expert panel of doctors, who can scrutinise the documents and records, needs to be empanelled while ordering an investigation,” she said.

Concluding her submissions, Jaising said: “As the officers of the court, we come here with some expectations. The orders of the court must be followed by the administration, which is not being done. This brings down the judiciary before the eyes of the public.”

Another counsel appearing for petitioner Tehseen Poonawalla pointed out that “neither the investigation procedure nor enquiry procedure was followed” in the case of judge Loya’s death. “The cardinal principal of criminal law is that when a person dies a suspicious death, statements of the last person who was present at the scene are supposed to be recorded… the procedure starts with the suspect and ends with the suspect,” the counsel said.

He added that the names of the four judges who were accompanying Judge Loya had suddenly appeared in 2017 but that till a year before, there was no mention of these judges.

Senior advocate Mukul Rohatgi, who had been reprimanded by the Bench earlier during the proceedings for interrupting Jaising, began his submissions after counsels for the petitioners had concluded.

“The death (of Judge Loya) occurs in November 2014. The family knew, the entire judiciary knew. None raised the issue of suspicion. No one raised a finger then,” Rohatgi said, asserting that the demand for a probe four years after the supposedly mysterious death was a belated one.

Recounting the supposed chain of events that unfolded before Judge Loya was declared dead, Rohatgi said: “two judges, Justices Modak and Kulkari, accompanied Judge Loya to Nagpur… they attended a wedding and then went to a paan shop following which they made their way to Ravi Bhawan where they were staying. At around 4 am, Judge Loya complained of chest pain and was rushed, first, to Dande Hospital and then to Meditrina… while being taken from one hospital to the other, he collapsed. This is why no death certificate was issued by Meditrina Hospital.”

In an attempt to rebut Jaising’s charge that the four judges should have immediately informed the police of Judge Loya’s death, senior counsel Rohatgi said: “If your friend or relative dies an unnatural death, it is not mandatory to file an FIR. None of the judges realised it was a crime.”

Rohatgi submitted that, often the state refers to its vigilance manual in such cases and a discreet inquiry can be performed outside the public domain. A procedure is already established for this, he said, adding that “senior official was appointed to carry out this discreet enquiry in accordance with the vigilance manual and the probe was carried out in a quite manner.”

Rohatgi then presented before the Bench certain documents sent by Dr. Pathak, head of forensic department at the KEM hospital, and said that according to these reports “Justice Loya’s blood cells were damaged; ECG exhibited tall T-waves, showing history of heart ailment.”

Justice Chandrachud then asked if Dr. Pathak had relied on the statement of Dr Dande to arrive at this conclusion.

Rohatgi submitted that the confusion over the death has been raised because of an article carried by “a magazine which has no circulation” which speculated that there was something mysterious about the demise. Jaising countered Rohatgi’s submission, asking, “if the magazine has no circulation and is not credible, then why do you read it.”

As proceedings for the day came to a close, the court posted the matter for further hearing on Monday (March 12).