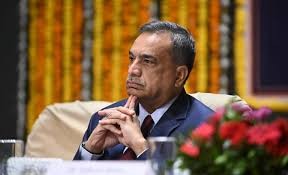 As the Chief Justice of India received the news of the health condition of Justice MR Shah, he immediately talked to him and got to know that his condition is better now.

CJI even took initiative and talked to the Home Ministry. Currently, for the better treatment of Justice MR Shah, he is being taken to Delhi. He has been air lifted from Himachal Pradesh to Delhi.

Justice MR Shah was appointed an additional judge of the Gujarat High Court in March 2004. The following year, his appointment was made permanent. In August 2018, he was transferred to be appointed as the Chief Justice of the Patna High Court.

He was elevated as a judge of the Supreme Court of India on November 2, 2018.

Justice Shah himself appeared on a video where he said that he is stable by the grace of God and doing well.

Did you find apk for android? You can find new Free Android Games and apps.
Share
Facebook
Twitter
Pinterest
WhatsApp
Previous articleApology for latest news on Justice MR Shah
Next articleWhat are Alcohol laws in India?