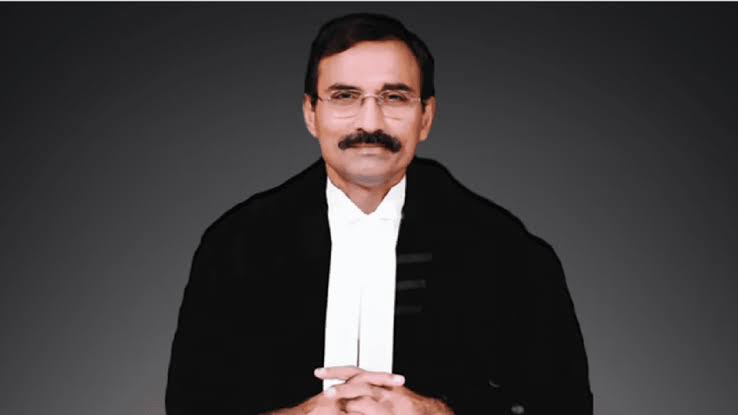 The Supreme Court Bar association (SCBA) on Friday organised a farewell for the Supreme Court judge Justice Nageswara Rao who will soon be
putting his gavel down on June 7. The farewell was organised before the
retirement, as the court will be closed during the vacation.

The event, organised at C Block Auditorium of New Additional Building in Pragati Maidan, became witness to the second farewell function organised by SCBA in the auditorium.

The function was presided over by Chief Justice of India, Justice N.V. Ramana.

SCBA president Vikas Singh, during his speech, mentioned that his association with the outgoing Justice has been more than decades and he feels emotional on Justice Nageswara Rao’s farewell, as he is an epitomy of Justice and he was one of the finest Judges of Indian Judiciary.

Singh further said what touched him was that in a day like this, when the farewell
of Justice Rao was due, he took time to meet and have coffee with every member of the bar, then went to the library and ladies bar room too for meeting everyone, who had been a part of his journey.

The SCBA president also mentioned that they feel that a resolution should be passed for all the judges who have practised here (Supreme Court), to be
permitted to practice after their retirement too.

He also mentioned about different cases and matters, where Justice Nageswara Rao had taken some very important decisions.

Senior Advocate Pradeep Kumar Rai (SCBA VP), during the farewell speech for Justice Rao, said he has experience of working in Bollywood too.

This is an interesting clip from the 1989 film ‘Kanoon Apna Apna,’ in which Justice L. Nageswara acted as a policeman, along with Sanjay Dutt and Kader Khan.

He also stated that Rao is a cricketer, who has represented Andhra Pradesh in the Ranji Trophy.

The CJI stated that the CJI XI could defeat the SCBA XI in the cricket match this year under the captaincy of Justice Rao.

CJI Ramana, in his speech, said “As we bid farewell to our esteemed colleague Justice L. Nageswara Rao, who will demit office on June 7, 2022, I feel that Justice Nageswara Rao’s retirement is a huge loss for the Bench.

CJI said the keen analytical skills and passion for the cause of justice of Justice Rao shall always be thoroughly missed by all of us. The story of his growth in the profession will remain as an inspiration for many young lawyers and judges.

Justice Ramana said the proficiency of Justice Rao is not limited to the legal field, but also extends to the cricket pitch. He was reminded of the last cricket match where under the captaincy of Justice Nageswara Rao, the Chief Justice of India’s team won for the first time against the lawyers.

Talking about Justice Rao’s other acumens then cricket and legal, CJI said  “Brother Nageswara Rao is a fine golf player. He is also an avid biker since his youth. He is very passionate about acting, arts and music. I am sure he will find time for new adventures, after this break from his hectic schedule as a judge.”

CJI said that he can speak on and on about the multi-faceted personality of Justice Rao , but would like to talk on his nature and other personal attributes.

He said, “Justice Rao is a very quiet man, with a reflective attitude. I have always known him to be extremely soft spoken, both as a lawyer as well as a Judge. His work ethic is very well known to all of you.

“He certainly is the jewel of the Bar and remained as one of the favorite seniors,” he added.

The CJI ended his speech by saying that he is sure about the fact that Justice Rao will always contribute to the growth of the legal community, and on behalf of all colleagues and him, he wished him a fulfilling post-retirement life.