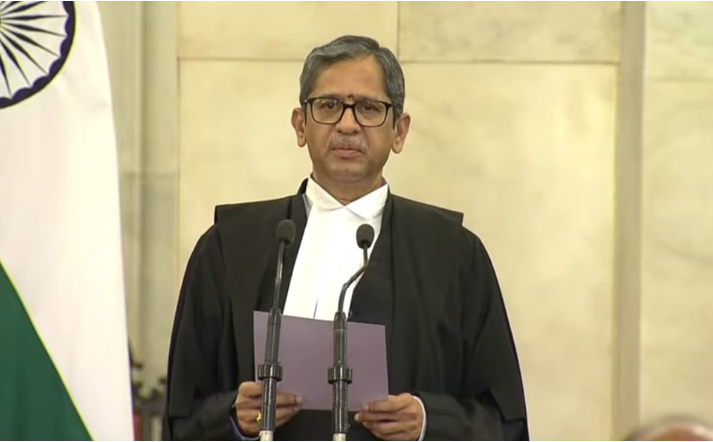 Prime Minister Narendra Modi, Vice President M. Venkaiah Naidu, and Law Minister Ravi Shankar Prasad were among those present at the ceremony. The gathering was limited, because of strict Covid protocols.

Justice Ramana takes over from Justice S.A. Bobde, who demitted office on Friday.

In the farewell to Justice S.A. Bobde, who retired as the Chief Justice yesterday, Justice Ramana said, “We are going through testing times as we battle the Covid wave. Lawyers, judges and court staff are all affected due to the virus. Some hard measures may be necessary to break the chain of transmission. We can defeat the pandemic together with dedication.”

Justice Ramana was born on August 27, 1957 in Ponnavaram Village, Krishna District, enrolled as an Advocate on February 10, 1983 and practiced in the High Court of Andhra Pradesh, Central and Andhra Pradesh Administrative Tribunals and the Supreme Court of India in Civil, Criminal, Constitutional, Labour, Service and Election matters. He has specialized in Constitutional, Criminal, Service and Inter-State River laws.