Justice Nuthalapati Venkata Ramana is the first lawyer and judge from his area and his judgments are known for the clear dictum, simple to understand and a balanced approach 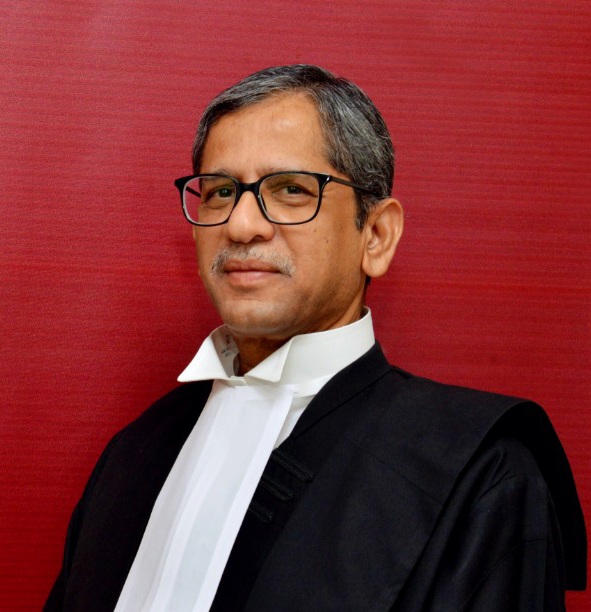 On April 24, 2021, Justice Nuthalapati Venkata Ramana will take over as the 48th Chief Justice of India. His name was recommended by the present Chief Justice, Justice S.A. Bobde. Thereafter, the President of India on Tuesday (April 6) issued the warrant of appointment in terms of the recommendation.

Justice Nuthalapati Venkata Ramana is the first lawyer and judge from his area. He had a humble beginning. His father and mother (Ganapathi Rao and Sarojini Devi) were agriculturists in the Krishna District of Andhra Pradesh. A simple man at heart and a very gentle soul, his judgments are known for the clear dictum, simple to understand and a balanced approach. His love for mother literature is well-known among his peers.

According to his own recollection, he became lawyer out of coincidence and as a last option. From his early days, he was known for his activist outlook and welfare concerns. At an early age, he became a student leader involving himself in issues concerning farmer, industrial workers and other socially relevant issues. In a recent speech, he recollected his days during emergency wherein he had to escape from police arrest.

It is a fact that Justice Ramana had worked as a journalist for a leading Telugu newspaper briefly before becoming a full-fledged lawyer. As a lawyer, he had served as an Additional Advocate General for the State of Andhra Pradesh. Even during his tenure as a lawyer, he was active in social work and welfare of the bar.

He was elevated as a judge of the Andhra Pradesh High Court in 2001. Thereafter, he was transferred to New Delhi as its Chief Justice before he was elevated to the Supreme Court of India. As the Chief Justice of India, he would have a tenure of 16 months which ends on August 26, 2022.

During his tenure as a High Court Judge as well as a Supreme Court Judge, he was part of numerous path-breaking and progressive decisions. His judgments are mainly in the field of Constitution and commercial laws where he has tried to settle jurisprudence in the same.

Few judgments which are relevant are Anuradha Bhasin vs. Union of India, wherein his decision brought an end to the year-long internet ban in Jammu and Kashmir. This judgment was hailed as a progressive judgment wherein freedom of internet was declared as a fundamental right.

On the commercial side, he has provided articulate judgments on arbitration, business laws etc. which have provided stability for the commercial world to carry on. Recently, in Vidya Drolia case, he settled a long pending issue of courts interference at the stage of appointment of arbitrator. Various legal scholars hailed the decision as having potential of reducing the backlog of cases by providing primacy to arbitration. In Alcon vs. Salem, his decision to allow execution of foreign decree is considered to have eased international trade in India.

He has provided a path for achieving goals in his tenure which includes increasing access to justice. While acting as an Executive Chairman of NALSA, he undertook various programmes to develop a strong legal aid culture in India. Under his guidance, NALSA performed even during the pandemic beyond his scope to provide meaningful access to justice. He is responsible for making India’s legal aid programme largest in the entire world wherein legal aid is not only provided on the basis of means test rather on basis of fixed categories. Out of 1.2 billion people in India, 70% of them are eligible for legal-aid. His other objective is to improve the judicial infrastructure in the entire country for such improvement he has proposed opening of a special purpose vehicle styled in the name of National Judicial Infrastructure Corporation, which will be a model agency for construction of requirement infrastructure such as court building, residential complexes etc. Such agency would strengthen the cooperative federalism between the states and the Centre.