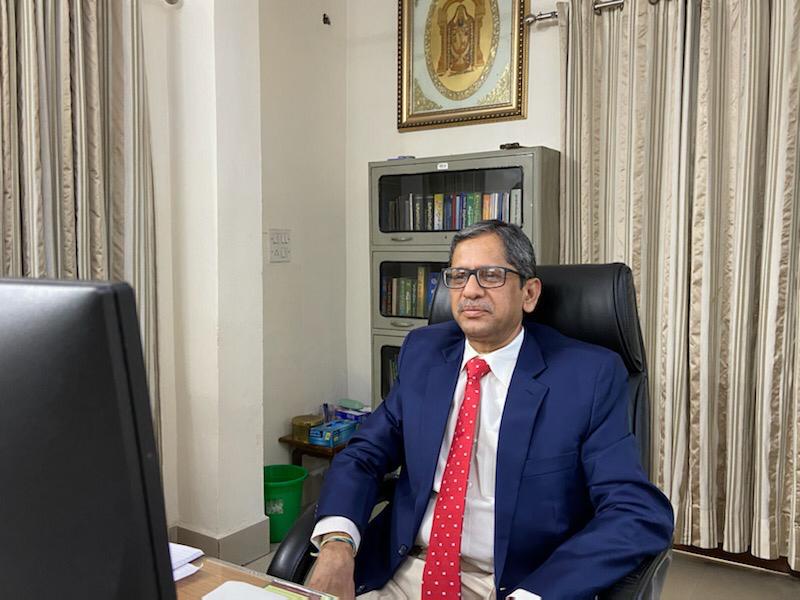 With Chief Justice Sharad Arvind Bobde recommending his name to the Central Government, Justice Nuthalapati Venkata Ramana looks set to be the next Chief Justice of India. Justice N.V. Ramana is the second senior-most Judge of the Supreme Court of India. He is also the Executive Chairman of the National Legal Services Authority (NALSA).

Justice Ramana had recently spoken at an event on the work done by Legal Aid Services authorities during the lockdown. “As a road-map for the future, the Legal Services authorities are focused on developing an accessible mechanism to redress the violation of rights and empowering people through legal services and legal awareness.”

Born in an agricultural family in 1957 in Andhra Pradesh’s Krishna district, Justice Ramana began practicing law in 1983. He has practiced in the High Court of Andhra Pradesh, Central and Andhra Pradesh Administrative Tribunals and the Supreme Court of India in Civil, Criminal, Constitutional, Labour, Service and Election matters. He also functioned as Additional Advocate General of Andhra Pradesh.

In 2000, Justice Ramana was appointed as a permanent judge of the Andhra Pradesh High Court and in 2013, he was its Acting Chief Justice for two months. He was appointed as the Chief Justice of the Delhi High Court in September 2013. He was elevated to the Supreme Court on February 17, 2014. Though Andhra Chief Minister Jagan Mohan Reddy had made allegations against Justice Ramana, the Supreme Court dismissed the said complaint as per in-house procedure.

Justice Ramana has specialized in Constitutional, Criminal, Service and Inter-State River Laws. He is credited with authoring path-breaking judgments in tax, Constitution, arbitration, and criminal law. He was part of a bench that ruled that suspension of the Internet in Jammu and Kashmir should be reviewed immediately. He was also part of the panel of judges, which held that the Chief Justice’s office comes under the ambit of the Right to Information (RTI) Act.

There are many notable judgments rendered by Justice Ramana. A few are given below:

Swaraj Abhiyan Vs Union of India

The Supreme Court bench held that the appointment of Archakas in temples must be in accordance with the Agamas (treatises on temple construction, idol installation and deity worship). They also specified that appointments are subject to constitutional principles.

The Supreme Court bench held that women cannot become the Karta of a joint family. However, they can be the managers in particular circumstances as the manager’s role is distinct from that of the Karta.