Aircel-Maxis case: Congress MP Karti Chidambaram has been allowed to travel abroad in the window between October 25 to November 21. 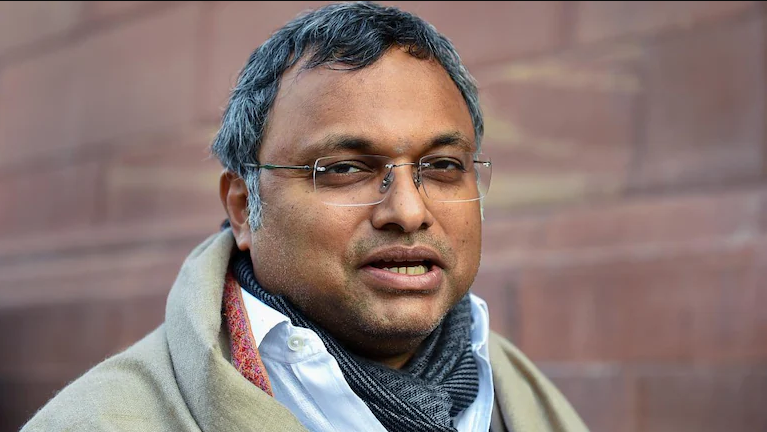 The Supreme Court has allowed Congress MP Karti Chidambaram’s application to travel abroad from October 25 to November 21 on the condition that he deposit Rs 1 crore. Karti Chidambaram, son of senior Congress leader P Chidambaram, who is an accused in the INX Media case, is being probed by the Enforcement Directorate and CBI.

The bench of Justice A.M. Khanwilkar and Justice C.T. Ravikumar asked Karti to file an undertaking about his flight schedule and return date to India and directed him to return his passport to the probe agency upon his return to India.

Senior Advocate Kapil Sibal appeared on behalf of Karti Chidambaram. Solicitor General Tushar Mehta opposed the application seeking travel abroad by saying that Karti was not cooperating in the investigation of the case and has not responded to the summons served to him on June 30.

The bench replied, “This application was filed on 30th September after giving advance notice to the respondent. It has been adjourned on two occasions in the past, today if the applicant wants to go abroad in terms of the plan stated in the application, we permit him and it is stated for the first time in front of the bar that the concerned official has sworn in an affidavit that the applicant has not cooperated in the process of the case and not responded to the summons issued to him in the month of June, that aspects can be detailed after the affidavit is filed. For the time being, we permit the applicant to go abroad between 25th October to 21st November 2021. The other prayer can be considered after the applicant returns. Same terms and conditions except the amount are reduced to 1 Cr.”

The matter will be listed on November 22. In the meantime, the respondent is directed to file an affidavit, the Court said.

The CBI found some discrepancies in the Foreign Investigation Promotion Board (FIPB) clearance given to INX Media for receiving offshore funds of Rs 305 crore in 2007 when P. Chidambaram was Union Finance Minister in the Congress-led government. It was alleged that P. Chidambaram withheld the clearance of the transaction until his son received a 5% share.

Meanwhile, ED had filed a money laundering case against him in connection with the same issue. The CBI registered an FIR on May 15, 2017. In March 2018, Karti Chidambaram was arrested at Chennai airport minutes after his flight from London landed. CBI officials claimed he was not cooperating with the investigation and wanted to keep him in custody and question him.

In 2019, former Finance Minister P. Chidambaram has been imprisoned in connection with the case for over 100 days in Delhi’s Tihar Jail.