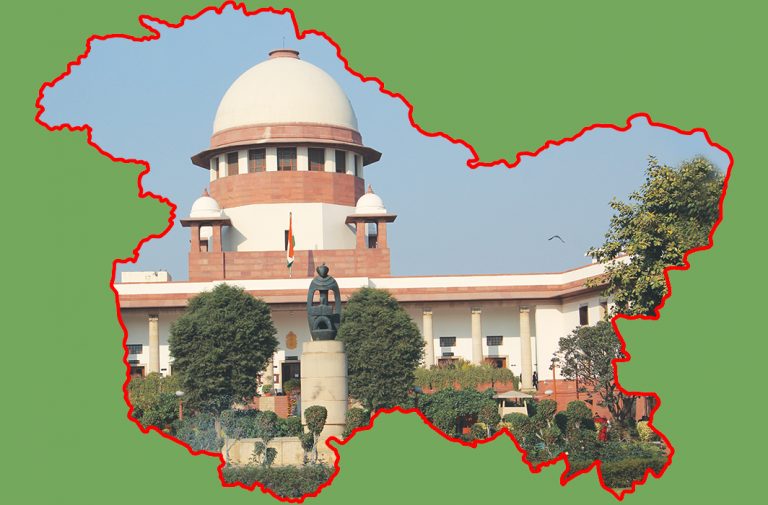 Today, at the Kashmir hearing in the Supreme Court, Sr. Adv. Dushyant Dave, appearing for the Foundation for Media Professionals (Intervenor), pleaded to the court to prevent the country from becoming a police state.

He said, “We are becoming a police state. Only your lordship can do something about it.  Terrorism has to be stopped but don’t neglect the rights of innocent people.”

Pointing out that the Kashmir lockdown and hence the people’s suffering has touched 106 days, Mr. Dave pointed out that the government has not withdrawn the restrictions.

Taking a page out of the current Hong Kong protests, Dave argued that blanket restrictions in Kashmir was completely uncalled for, and democratic protests against the abrogation of Article 370 should have been allowed.

He also cited today’s newspaper report of 10,000 people being charged of sedition in Jharkhand, thus pointing at the slow movement towards a police state.

He further stated that the sweeping orders affected rights of 7 million Indians in Jammu & Kashmir – innocent people and the ones with criminal record alike.

He has also quoted a Kerala High Court judgment of September 2019 where access to the internet was held to be a fundamental right by Justice PV Asha.

Further arguments extended by Dave were:

– Every citizen is entitled to discuss “burning topic of the day”

On the SG’s request, the Court listed the matter for Thursday – November 21, 2019 – when the Solicitor General and Attorney General would begin their pleadings.