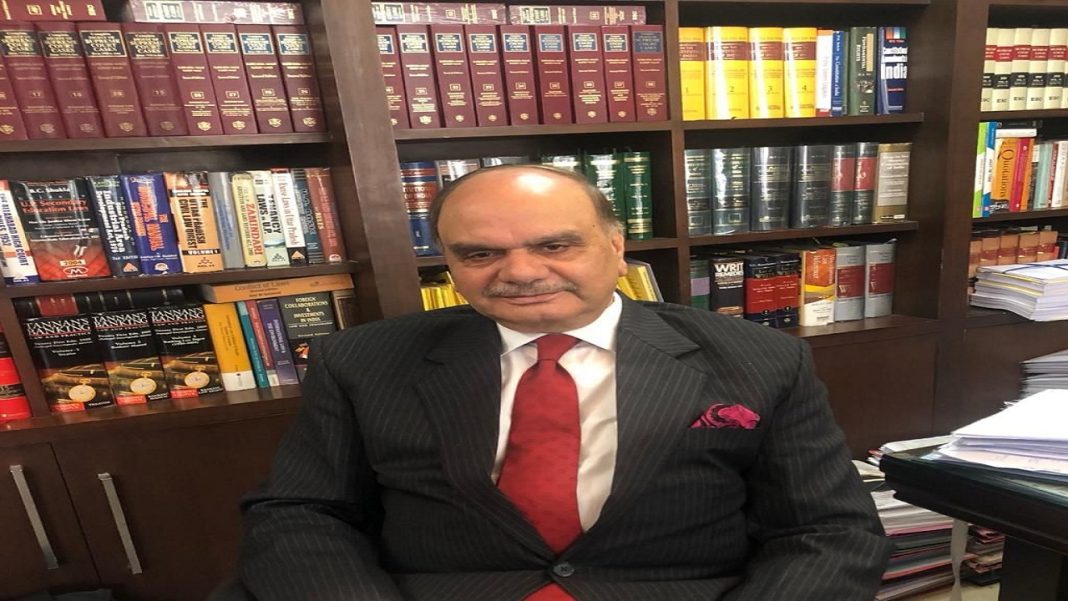 Speaking to Kashmiri law students online today, Supreme Court Senior Advocate and Kashmir (Policy & Strategy) Group Chairman Ashok Bhan said the militancy in Kashmir is on the run because militants are targeting innocent and unarmed civilians and have lost the courage and ability to majorly involve the security forces.

The security ecosystem in place is so alert and robust that the breed of so-called hybrid militants indulge in acts of cowardice such as killing unarmed innocents.

Civil society and the political class have welcomed the statement and appeal of PDP chief Mehbooba Mufti recently and should exert and uninterruptedly appeal to these gun-toting youngsters across the board to drop their guns and join the mainstream socio-cultural life and be good citizens. This is high time for these militants to save their lives otherwise zero tolerance to militancy and all out cleaning operations will shorten their lives.

The brutal killings of innocent is against the tenets of all the religions and particularly Islam (whoever kills a soul,it is as if he had slain the entire mankind, And whoever saves one,it is as if he saved mankind entirely).

There is no room for this madness of killing innocent people and the Kashmiri society is sick of continued violence as was observed recently. Kashmiri Muslims came forward to raise their voice against targeted killings. There was a protest at Lal Chowk, Srinagar against these killings. The Grand Mufti of Kashmir Valley condemned the killings too. Mufti Nasir-ul-Islam said Kashmiri Pandits or Dogra Hindus are an inviolable part of Kashmir and Kashmiriyat, and they should not be allowed to leave the Valley. “The Muslims of Kashmir are with their Pandit brothers,” he said.

The imam of Anantnag mosque said, after Friday prayers, “Killing of innocents cannot be termed as jihad.” “If some people think that a Musalman is doing jihad by attacking minorities, then I oppose such acts. Islam has not allowed such jihad where minorities are killed because of their religion,” the imam said. He appealed to all Kashmiri Muslims to come out and protest such killings.
Mirwaiz Umer Farooq as the chief religious leader has been time and again asking the gun-toting youngsters to shun the gun and help in ushering in the peace process. He has been always a votary of revival of plural ethos of Kashmiriyat and return of Kashmiri Pandits back to their homeland.

Kashmir has a rich heritage and that dates back to more than 5,000 years. It was from 14th Century and the advent of foreign rule and their policies  of intolerance and rapid decline of intellectual pursuits seeped in Kashmir. The tyrant rulers decimated the intellectual potential of Kashmir. Kashmiri youth has to live up to their rich heritage and not lose their lives in militancy for nothing. They should be made conscious by elders that they wittingly or forcibly volunteer to get killed in a short span of time causing devastating lifelong agony to their parents and family.

The youth of Kashmir live, work, study and trade unhindered in different parts of India. They are loved compatriots. They prosper and surely appreciate the opportunity for other natives back in the Valley. They are the brand ambassadors for peace, democracy and terror free life. “Why aren’t they speaking up to secure the right to life of other Kashmiris and appeal to new age militants to shun the gun and join the mainstream life?” Bhan said.