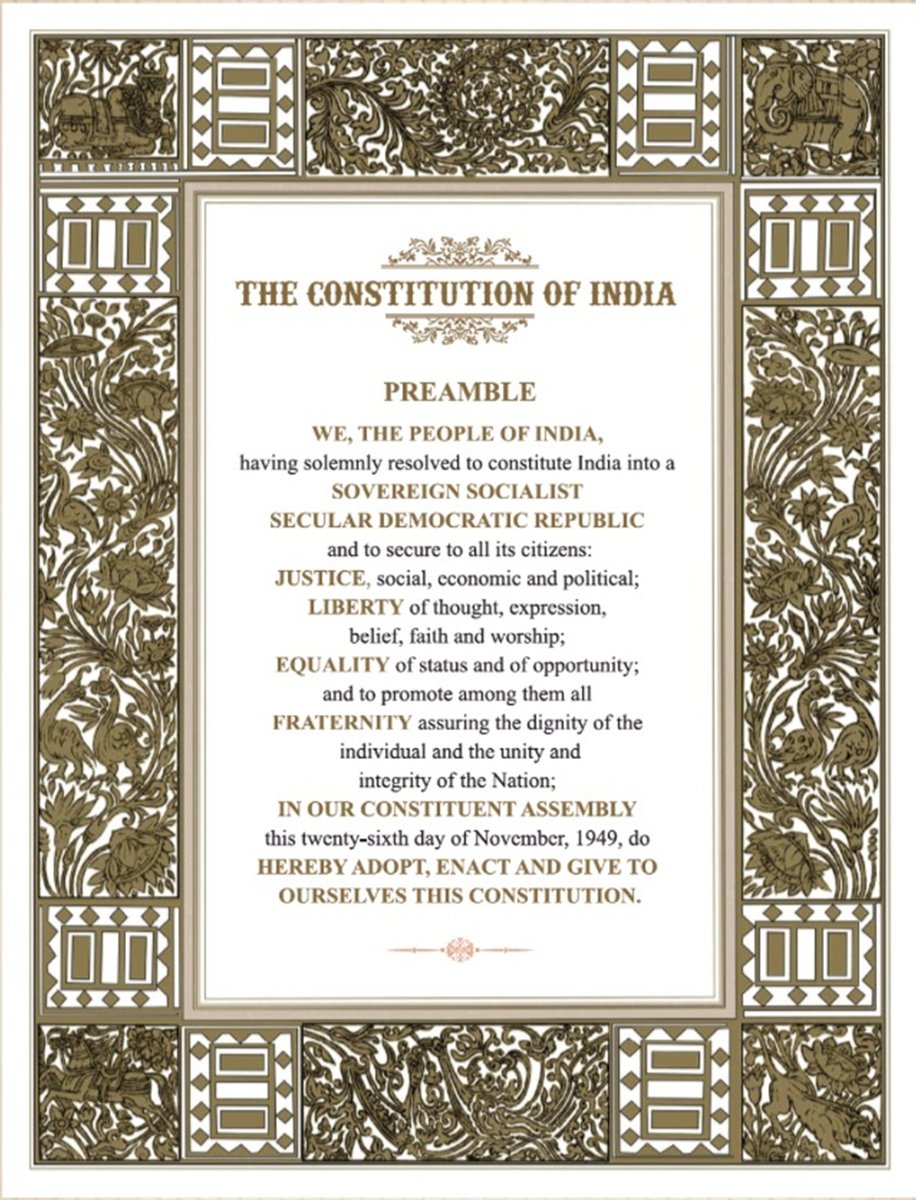 Former Chief Justice of India Justice K.G. Balakrishnan said several Supreme Court judgments have reiterated that the Preamble was an important part of the Constitution even though it was said earlier that it was not that key. He said this while inaugurating the Lily Thomas Memorial Lecture Series hosted by Advocate Saju Jakob on Saturday in memory of Late Advocate Lily Thomas, who passed away in December last year.

Supreme Court judge Justice KM Joseph stated that the Apex Court in its landmark judgement in Kesavananda Bharati case had stated that all importance needs to be attached to the Preamble in a constitutional statute. The Preamble was adopted last in the Constitution. The Preamble has served several purposes, an important one being that it indicates the source from which the Constitution came. While Fundamental rights and Directive Principles of State Policy are two wheels of the chariot, the Preamble holds an important place too, Justice Joseph said.

Senior Advocate V. Giri stated that Lily Thomas was convinced about certain causes that she thought must be brought before the Supreme Court and the Supreme Court also responded to those causes in what turned out to be important judgments. She will be remembered as part of judicial history for a long time to come. Talking about the importance of the Preamble, he added that the judgement in the Kesavananda Bharati case has always been taken as a milestone. The Supreme Court itself has on multiple times relied on the Preamble to interpret the Constitution.

It puts into perspective the national identity or identity of every person who comes under this Nation. Whenever there is an interpretation of the Constitution, the honourable Judges will have a say. This interpretative tool has always been used by the Supreme Court, the most important being the Kesavananda Bharati case.

Senior Advocate Adish Aggarwala stated that the source of Constitution of India lies with the people of India. Talking about late Advocate Lily Thomas, he added that she has contributed in the legal field in a great way, and it is great that she is also being awarded this year for her contribution.