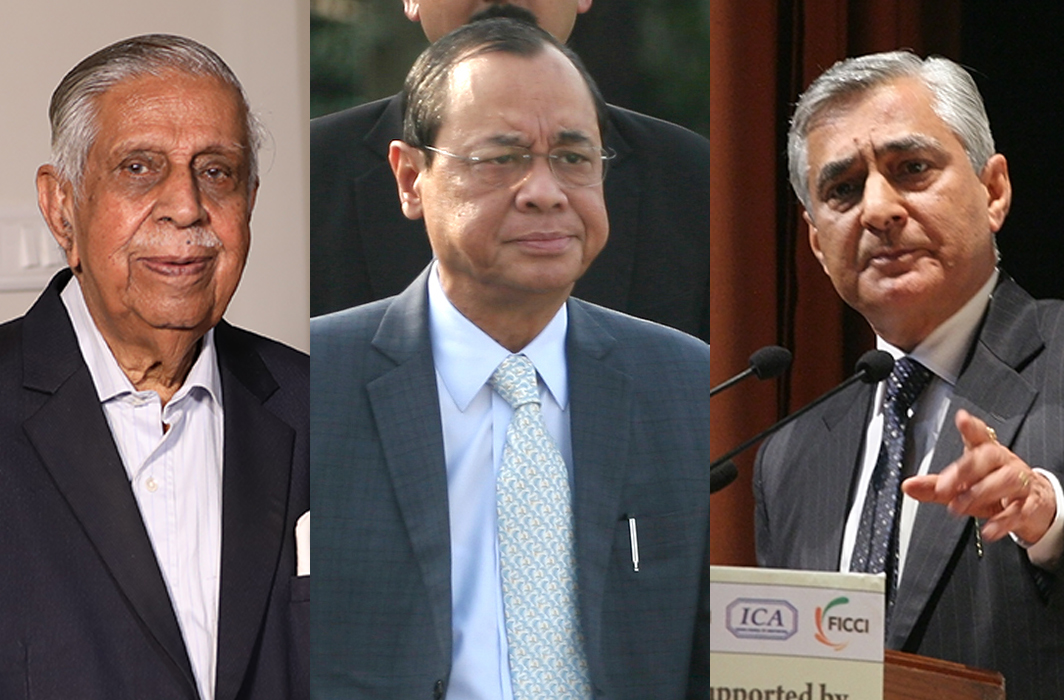 Even as controversy rages about the propriety of former Chief Justice of India Ranjan Gogoi accepting the nomination to the Rajya sabha—he took the oath as a member of the Upper House this morning—–it appears that attempts were made to dissuade  him from accepting the offer just four months after he retired as the country’s top most judicial officer.

It is reliably learnt that among those who met the former CJI was his successor and the incumbent CJI S A Bobde. It is noteworthy that the latter took the unusual step of driving down to the five star hotel in Central Delhi where his predecessor checked in when he came to Delhi two days ago to take the oath in the Rajya Sabha. The two are known to be good friends, so there are those who say it was nothing more than a personal tete-a-tete between two close friends who now live reside in two different cities. But there are  others who think that  the incumbent CJI’s mission reflected the widespread anger and dismay in the bar and the bench over Gogoi’s decision to accept the government nomination. Barring hardcore supporters of the ruling dispensation, the legal fraternity seemed almost unanimous in denouncing the former CJI who even during his tenure had created enough controversy. Among those who criticized Gogoi were judges who sat with him on several important benches like Justices(Retd)  Kurian Joseph and  Madan B Lokur while the Markandey Katju, who retired as a apex court judge a few years ago was the most scathing in his attack. “I have been a lawyer for 20 years and a judge for another 20. I have known many good judges and many bad judges. But I have never known any judge in the Indian judiciary as shameless and disgraceful as this sexual pervert Ranjan Gogoi. There was hardly any vice which was not in this man,” he tweeted.

Former apex court justice Lokur, who like Justice Kurian had shared the bench with CJI Gogoi on several important cases  also denounced the move. Justice Lokur was also a part of the press conference to lash out at the then Chief Justice of India, Dipak Misra, said, “Wondering if the ‘last bastion’ had fallen.”  The move will redefine the “independence impartiality and integrity” of the judiciary.

In their defence, many BJP members and supporters have pointed out that the Congress has rewarded judges in the past. For example, a former CJI, Ranganath Misra, was nominated to the Rajya Sabha in 1998. He was the first CJI to enter the Rajya Sabha after retirement. Misra had probed the anti-Sikh riots in Delhi, in 1998 but he had retired in November 1991. The Congress had similarily made Justice Hidayatullah  the Vice-President but nine years after he retired as Chief Justice of India.

On the other hand, there are examples of Chief Justices M N Venkatachaliah and T S Thakur, both of whom had  given the thumbs down to attractive post retirement offers purely on the grounds that they felt it would affect the image of the independence impartiality and integrity” of the judiciary.  Only last week, in an interview to this magazine, Justice Venkatachaliah had explained the reasons he turned down the  offer of Vice President of India from the government led by P V Narasimha rao. “”I was sounded by the then prime minister whether I will accept the vice presidentship of the country. One of his ministers came. I told him that the moment I signed this offer, would bring the edifice of the Supreme Court several notches down. Therefore I pleaded my inability to respond to that offer. “.

Similarly another former CJI, TS Thakur was offered a Rajya Sabha seat from Delhi in 2017  by the ruling AAP of Delhi. The Chief Minister Arvind Kejriwal  had met Thakur  who however declined, even though more than a year had gone by  since his retirement.

Seen in this context, there is little wonder that eyebrows were raised when the latest ex-CJI merrily accepted the government nomination.