The court also issued notice to the respondents on payment of process fee within 7 working days by both modes, returnable within four weeks. 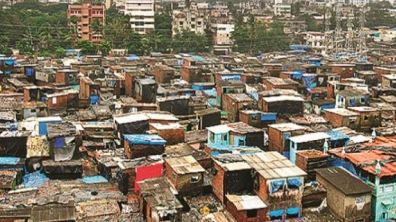 The Jabalpur bench of Madhya Pradesh High Court on Tuesday issued an interim order to stay the eviction of slum-dwellers.

A single-judge bench of Justice Vijay Kumar Shukla passed this order while hearing the petition filed by Kalka Choudhary through Advocate Subodh Kathar.

The counsel for the petitioner submitted that earlier one writ petition bearing W.P. No. 4516/2013 (Choudhary Bhupendra Singh Vs. State of M.P. & Ors.) was filed by the private respondents pleading the petitioners as party and the writ petition was partly allowed. The order passed by the Board of Revenue dated 06.02.2013 was set-aside and the order passed by the Collector dated 13.03.2011 was affirmed to the extent of cancellation of Patta. High Power Committee was directed to take action within three months to shift slum-dwellers in public interest as patta of other place is already granted to them and they cannot be allowed to stay on public road. Along with this, arrangements were made for the temporary rehabilitation of the displaced.

It was stated by the Counsel for the petitioner that some of the respondents in W.P. No. 4516/2013 filed appeal (Ganesh Prasad Choudhary & ors. vs. The State of M.P. & ors.) which was dismissed by the division bench of the High Court vide order dated 18.10.2019. Thereafter, Special Leave Petition(SLP) was filed which was dismissed as withdrawn with liberty to file a Review Petition before the High Court. Review Petition was dismissed on 07.02.2020 . Against the order an SLP has been filed which has been entertained by the Supreme Court and the notices have been issued and the order of status quo has been passed.

It is further stated by the Counsel that a show-cause notice has been issued by the Tehsildar on 11.01.2021. The petitioners filed joint reply and pointed out that the grievance is sub-judice before the Supreme Court by way of SLP No. 5501/2020. However, by the impugned order dated 05.03.2021 the order has been passed by the Tehsildar-cum-Additional Tahsildar Nazul, Narsinghpur District Narsinghpur (MP) for eviction/removal of encroachment.

“After hearing learned counsel for the petitioner and taking into consideration the fact that the action is being taken in pursuance to the order dated 29.08.2019 passed in W.P. No. 4516/2013 against which an SLP filed by some other respondents has already been entertained and order of status quo has already been passed by Hon’ble Supreme Court, in SLP No. 5501/2020, issue notice to the respondents on payment of process fee within 7 working days by both modes, returnable within four weeks. Till the next date of hearing, the petitioners shall not be evicted from the present place,” ordered the Court.