Katju said if government does not withdraw farm laws, it would lead to widespread violence across several states of the country. 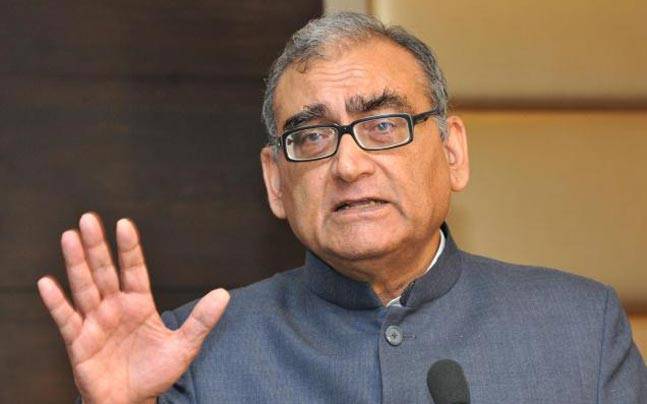 As the farmers’ protest against the Centre’s three laws entered the 50th day on Thursday, former Supreme Court judge Justice Markandey Katju has written a letter to Prime Minister Narendra Modi to repeal the four laws in a bid to prevent the violence that might ensue on January 26 in the wake of farmers’ tractor rally.

Katju, who has been a staunch critic of the Modi government, has asked the government to issue an ordinance, immediately repealing the three farm laws that have led to massive protests across the country. He said it was alright for the government to acknowledge its mistake and correct it. Katju said PM Modi’s stature would increase if he makes the move.

Katju said the farmers constitute a huge vote bank and if the government does not pay heed to their demand, the BJP’ electoral prospects would be severely affected. He said time was running out for the government and it should take quick action to resolve the matter.

Katju said if government does not withdraw the laws, it would lead to widespread violence when the government tries to prevent farmers from entering Delhi on Republic Day. He said the violence by police and paramilitary forces might create a Jallianwala Bagh massacre-type situation.

He suggested the government appoint a high powered farmers’ commission comprising representatives from all leading farmer unions, government and agriculture experts. He said all aspects of farmers’ problems should be heard with the primary one being inadequate remuneration for their produce, which has led to multiple suicides. He said the commission should hold multiple meetings over a span of several months and reach consensus on the matter.

Katju added that a majority of Indians is invested in agriculture and laws affecting around 75 crore people in the country should not be made hurriedly. He said all stakeholders should be taken into confidence before fresh legislations are made.

Here is the full text:

The Kisan agitation in India and the problems related to it have reached a deadlock. The farmers’ organizations have refused participation in the hearings of the 4 member committee appointed by the Supreme Court, and have clearly said that the agitation will not be called off unless the 3 laws to which they object are repealed.

The farmers in huge numbers are presently camped at the border of Delhi but are determined to enter Delhi on 26th January and join the Republic Day parade with their tractors. This will be obviously not be allowed by the Government, and consequently, violence in the form of police and paramilitary lathi charges and firing seems inevitable, and a Jallianwala Bagh type massacre ( or like the massacre on Bloody Sunday in St Petersburg in Russia in January 1905, or as on Vendemiarie in Paris in October 1795 ) may ensue.

I am sure you would like to avoid that. To my mind therefore the only solution for resolving the deadlock is this :

(1) The Government should issue an Ordinance immediately repealing the 3 laws. If you do this you will be hailed by all for doing it. If anyone asks why the laws were made at all, you can say that we made a mistake, and we realize our mistake and are correcting it. All human beings make mistakes. By doing this, far from losing face, you will be applauded. If you do it your popularity, far from going down, will soar.

(2) Simultaneously, the Government should appoint a High Powered Farmers Commission having as its members’ representatives of the leading farmers’ organizations, government representatives, and agricultural experts, tasked with the duty of considering all aspects of the problems of our farmers, the principal one being that they are not getting adequate remuneration for their produce ( because of which 3 to 4 lac farmers have already committed suicide ). This Farmers Commission should hold several meetings, perhaps stretching over several months, and then the consensus which emerges, to which everyone agrees, should be enacted as a comprehensive law.

Please realize that farmers constitute 60-65% of the 135 crore population of India, which means they are about 75 crore people. A law that affects the lives of such a huge number of people must be made very carefully and after long deliberations with the stakeholders. Evidently, the 3 laws in question were made hurriedly, and without such deliberations.

Please also keep in mind that farmers constitute a huge vote bank, which no doubt was till now divided on the basis of caste and religion, but they are now united against these laws. This is bound to adversely affect your party’s future electoral prospects.

If my suggestion is not accepted, and violence at Delhi ensues, soon thereafter there will be largescale turmoil in Punjab, Haryana, Uttarakhand, western UP, and this will then spread and escalate in other Indian states too. Even the army and police personnel are bound to be affected, as they too are mostly either farmers or sons of farmers, and hence at heart, their sympathies would be with the agitating farmers (though being members of a disciplined force they cannot express it openly). As is often said, a soldier is a peasant in uniform. One shudders to think of the possible consequences which may follow if there is violence against the agitating farmers.

Please consider my suggestion seriously and carefully, as time is running out.