Medical students coming out of medical colleges might not be half backed medical professionals: Bombay HC 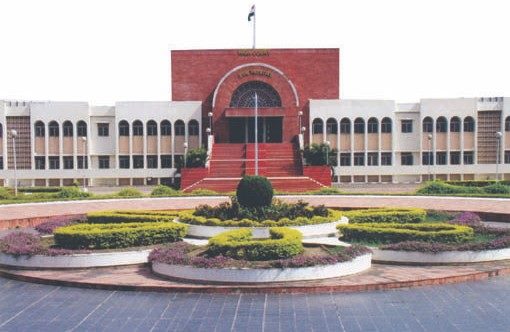 Bombay High Court’s Aurangabad bench while hearing a writ petition filed by Medical students expressed their serious concern regarding the functioning of Medical Council of India and Central Government while granting permission to medical colleges.

A petition was filed by various Medical Students regarding a PG College with high fees and not having basic infrastructure and renewal of recognition. It has also been alleged that the college is run by a politically influential person who is the sitting Member of Legislative Assembly of the state, and has used force on authorities including MCI, DMER and MUHS in misrepresenting that the college is recognized and trapped students using such misrepresentation.

However, the divisional bench Headed by Justice S.V. Gangapurwala quoted the Supreme Court judgment in the case of Unni Krishnan, J.P. vs. State of A.P., in which it was the Hon’ble apex court observed that “Education has never been commerce in this country. Making it one is opposed to the ethos, tradition and sensibilities of this nation. The argument to the contrary has an unholy ring to it. Imparting of education has never been treated as a trade or business in this country since time immemorial. It has been treated as a religious duty. It has been treated as a charitable activity. But never as trade or business.”

Divisional bench expressed their fear that because of not providing requisite infrastructures and facilities as well as clinical and non-clinical material as the medical students who will come out from such medical colleges might not be half backed medical professionals for want of full facilities of teaching and for want of exposure to the patients and their ailments during course of their studies.

Whereas, the court directed MCI and the Central Government to consider the PG degrees and diploma courses of the petitioners for grant of recognition within a period of 6 months and further directed that the Medical Council of India and the Central Government would discharge their statutory functions with due diligence and in the public interest and for the welfare of the society.

Did you find apk for android? You can find new Free Android Games and apps.
Share
Facebook
Twitter
Pinterest
WhatsApp
Previous articleCommunity Spread Has Begun in South Asia
Next articleDelhi HC directed Ministry of External Affairs to appoint Nodal Officer for the Students Stranded at the Almaty Airport, Kazakhistan.