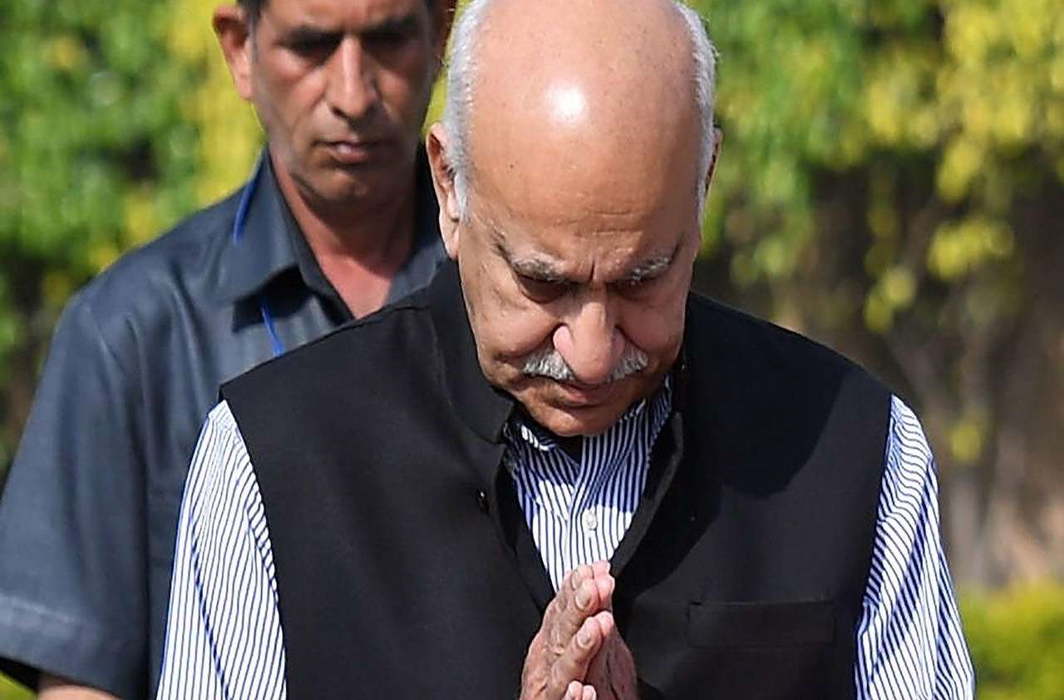 Former Union minister MJ Akbar on Saturday told a Delhi court that journalist Priya Ramani defamed him with full knowledge that her actions would harm his reputation.

The submissions were made by Akbar’s counsel Geeta Luthra before Additional Chief Metropolitan Magistrate Vishal Pahuja as she concluded arguments on a private criminal defamation complaint filed by the parliamentarian against Ramani.

The former minister had moved the court after his name cropped up on social media as part of the #MeToo campaign. Ramani had accused Akbar of sexual misconduct when he was a journalist, a charge denied by him.

Luthra apprised the court that any news on social media travels like wild fire and that educated people like journalists have to act responsibly.

“After writing a whole article, saying that it was about Akbar, it was for the first time in this court that they say that the entire article was not about him. Where does it say that? There was no corrigendum, no apology… you did it with knowledge,” the senior advocate told the court.

“It is indisputable that Akbar suffered massive damage to his reputation, which even lead him to resign as a Union minister,” she added.

Akbar resigned from the government on October 17, 2018.

Ramani had in 2018 alleged a journalist who was her senior 20 years ago indulged in sexual misconduct.

The court adjourned the matter to March 17 after Luthra concluded her arguments.

Senior advocate Rebecca John will argue on Ramani’s behalf on that day.

Following Ramani’s allegations, several women had accused Akbar of sexual harassment while they were working as journalists under him.

However, Akbar has termed the allegations “false, fabricated and deeply distressing” and said he was taking appropriate legal action.