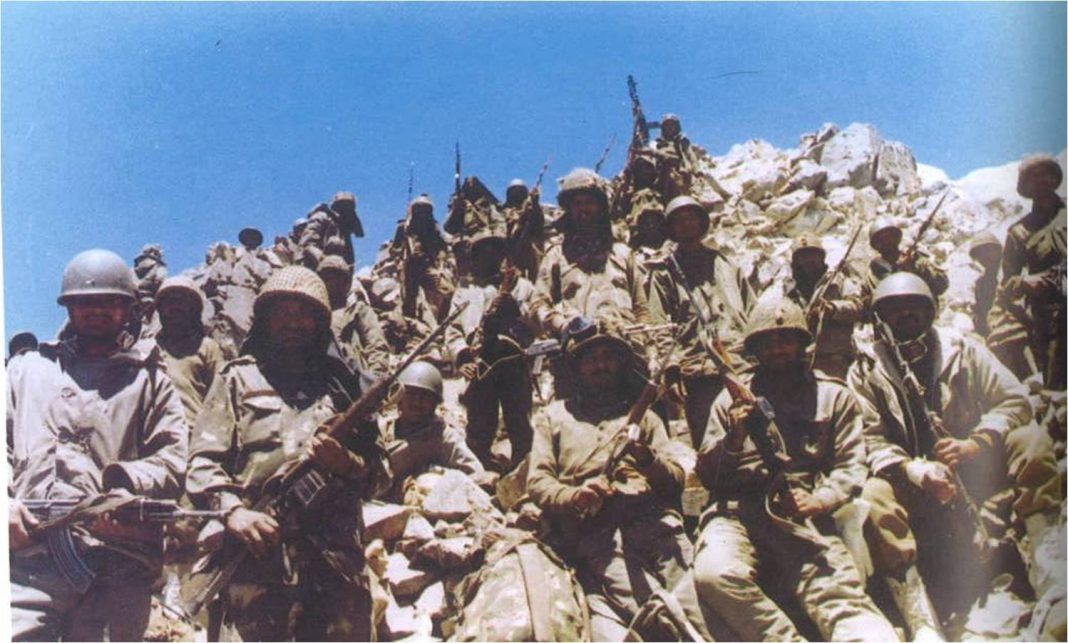 India’s ill-preparedness to operate effectively in the mountains has often led to disastrous results. But a dedicated Mountain Strike Corps will be capable of evicting the Chinese from Ladakh and securing its future.

To protect the sanctity and integrity of its borders, a nation must have strong and capable armed forces, i.e., the army, navy and air force, to guard its boundaries. The role of the army is critical as guarding territories from intruding powers becomes its direct concern and loss of any territory is not only its failure but a source of humiliation for the nation. The same is true for the navy which protects the coastal boundaries and the air force which guards the skies.

The task of the army is none too easy as the various geographical boundaries could be deserts, plains, jungles, hills and high mountains like the Himalayan belt. The various arms of the army such as the infantry, armoured and artillery, along with supporting services, form  fighting formations. These operations when conducted on the plains are easier than when conducted in the mountains as the movement of troops and fighting equipment at heights extending over six kilometres and through valleys poses great physiological and physical challenges.

The biggest fighting unit in a tactical battle is a Corps, containing all the fighting elements like infantry, armoured and artillery as per the requirement created by the terrain and threat posed by the enemy. A Corps is generally made up of three divisions, which means it has nine brigades or approximately 27 battalions. Within this combination are fighting support units like the engineer and signals regiments, and logistic support units of Ordnance, EME and Army Service Corps. The task of logistics and supply in such areas becomes at times an impossible task and supply by aircraft and para­dropping has to be resorted to on a permanent basis, especially in the north-east.

The battles that have ensued in India after 1947 Kashmir ops of 1948, the 1962 war with China, the 1965 and 1971 wars with Pakistan, the war in Kargil and the present situation building up from Ladakh to Arunachal sector against China have something in common. These operations involved intense mountain operations. India’s humiliation at the hands of the Chinese was caused not only by the lack of preparedness in terms of weapons, logistics and war doctrine, but ill-preparedness to operate effectively in the mountains. A number of reports have desperately sought a more effective method of conducting offensive operations in the high mountains.

India shares a boundary of 4,057 km with China, especially over the two regions of Aksai Chin and Arunachal Pradesh. After the 1962 war, China made tremendous efforts to improve the communication system all along the border with India as is evident from the build-up from Aksai Chin down to Arunachal. The Chinese have come up with airbases, railway yards with storage, missile bases and air defence radars as high as 4-5 km. The flattish terrain on the Chinese side helped them build road and rail systems so much so that their troops, armoured and other fighting equipment were being transported to tactical locations in the shortest possible time. Besides a well-integrated rail system, the Chinese also built five fully operational airbases in the Tibetan Autonomous Region. Road development too is very efficient, extending over 58,000 km.

With this combination of rail and road systems, the Chinese can mobilise 30 divisions on the Line of Actual Control (LAC) within 48 hours. It is no surprise that they have placed on a regular basis, over three lakh troops and six Rapid Reaction Forces at Chengdu.

On the other hand, India has postponed this administrative and communication development. This has resulted in its soldiers and logistics taking days, if not weeks, to reach the tactical point. From Ladakh to Arunachal, India’s military movement was an extremely difficult exercise. Realising these drawbacks, Indian authorities raised two infantry divisions made up of over 1,250 officers and 35,000 soldiers at Lekhapani and Missamari in Assam in 2010. Yet, it realised that the PLA outnumbered the Indian army in the region by a ratio of 3:1.

General Bikram Singh, the then army chief, realised that the army must be pruned to the right size as a lean and mean force capable of striking fast at the right place at the right time. Hence, replacing the old system of functioning with a more efficient one became the order of the day. Thus was born the concept of a mountain strike corps (MSC). This should not only be capable of evicting the intruding Chinese, but also be able to take forward the ongoing conflict to our advantage.

Further, Gen Singh made it amply clear that creation of an MSC should not be at the cost of reduction of manpower in other fighting arms, but should be entirely a new raising. It was also made clear that the MSC would not only deter the adversary from getting into an aggressive mode, but also win the war.

Gen Singh said then and still maintains that the MSC would protect the Galwan area in Ladakh. If China grabs this area, then it could alter the LAC to its advantage. His statement is further reiterated by satellite pictures which show that the Chinese inducted close to two brigades with building equipment, clearly indicating its intention of staying on permanently.

From October 2013 when a serious face-off with the Chinese army was taking place in Depsang, the government sanctioned the raising of XVII Corps. The army started building one division in Ranchi with the XVII Corps under Maj Gen Joseph Naronha. The work on raising the second division of MSC started at Pathankot. However, by 2017-18, the government realised that due to paucity of funds, the project would have to be shelved for the time being. This truncated formation is now being put to use for testing, and trials of an Integrated Battle Group concept are going on. This semi-developed military formation would primarily be for a quick offensive from one sector to another. It would be deployed both for Ladakh and the eastern region. However, it must be realised that if the MSC had been developed to its full potential, it would have been an effective deterrent against any intruder.

Coming to the present situation in Ladakh, an MSC would have totally deterred the Chinese in their deceptive ingress operation in April 2020. A long-lasting benefit of this would be a change in our doctrinal thinking vis-a-vis China and we could reclaim Aksai Chin and other areas occupied by China or presented to them by Pakistan.

Did you find apk for android? You can find new Free Android Games and apps.
Share
Facebook
Twitter
Pinterest
WhatsApp
Previous article2G Scam: A. Raja gets Delhi HC notice on appeal against his acquittal
Next articleTrump vs Biden: Impact of American Elections