A nation that honours all languages, is bound to be progressive: CJI Ramana 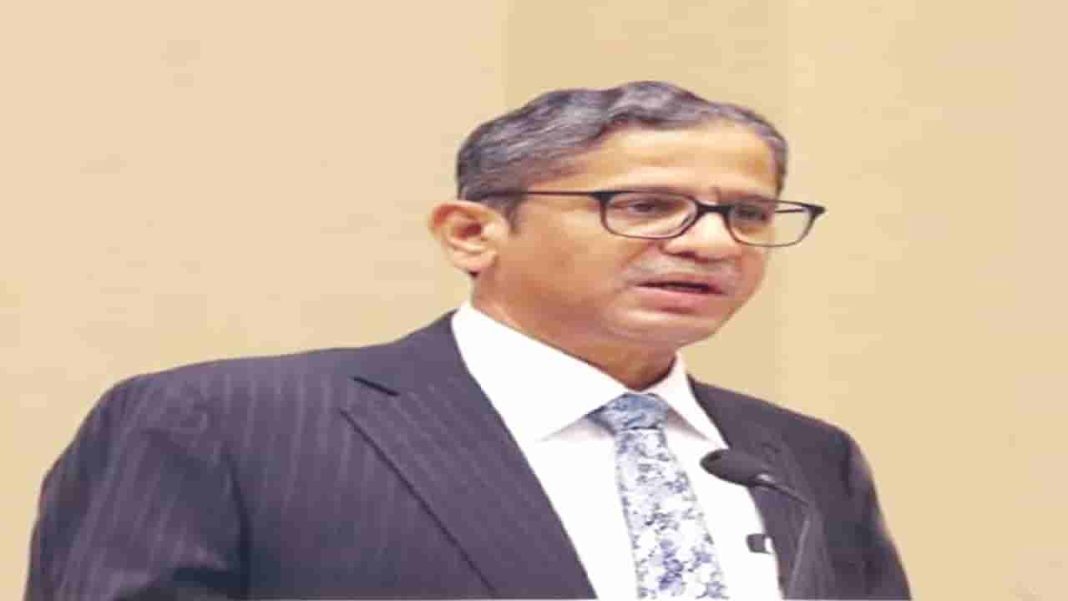 Chief Justice of India N.V. Ramana, who is on a visit to San Francisco, on satirday said that a nation that welcomes everyone with open arms, assimilates all cultures and honours every language, is
bound to be progressive, peaceful and vibrant. It is this character that
promotes prosperity.

Addressing the Indian diaspora in the US, he said, “As we celebrate the 75th year of Independence this year and as our Republic turned 72, with some sense of regret, I must add here that we still haven’t learnt to appreciate wholly the roles and responsibilities assigned by the
Constitution to each of the Institutions. The party in power believes that
every Governmental action is entitled to judicial endorsement.

“The parties in opposition expect the judiciary to advance their political positions and causes. This flawed thinking of all hues flourishes in the absence of proper understanding among people about the Constitution and the functioning of democratic institutions. It is the vigorously promoted ignorance among the general public, which is coming to the aid of such forces whose only aim is to run down the only independent organ – the judiciary.

“Under the Constitution of India, it is the people who are entrusted with the task of passing judgement on the rulers, once every five years. As I stated earlier on a different occasion, the people of India have done their job remarkably well so far. We should have no reason to doubt the collective wisdom of our people.
Significantly, the voter in rural India is more proactive in discharging this task when compared to their urban, educated and well-to-do counterparts.

“Both India and the United States are known for their diversity. This diversity needs to be honoured and cherished, everywhere in the world. It is only because the Unites States honours and respects diversity, that you were all able to reach this country and make a mark through your hard work and extraordinary skills.

“It is the tolerance and inclusive nature of American society that is able to attract the best talents from all over the world,
which in turn is contributing to its growth. Honouring qualified talents from diverse backgrounds is also essential to sustain confidence of all sections of the society in the system. This principle of inclusivity is universal. It needs to be honoured
everywhere in the world, including in India.

“Inclusivity strengthens the unity in society which is key to peace and progress. We need to focus on
issues that unite us. Not on those that divide us. In the 21st century, we cannot allow petty, narrow and divisive issues to
dictate human and societal relationships. We have to rise above all the divisive issues to remain focused on human development.

“A non-inclusive approach is an invitation to disaster. You need to have peace around you to enjoy your freedom and wealth. Your parents back home also should be able to live in a peaceful
society, which is free from hate and violence. If you cannot take care of the well-being of your family and society back home, what is the use of your
wealth and status here? You have to contribute your own way to improve
your own society. What really matters is the honour and respect that you command in your home land. This is the litmus test for your true success.

“It is time for you to move beyond being an employee or service provider. You have already integrated your self with the American society. It is time now for you people to enter public life and policy making. You can do a lot more for your community and your country United States by of winning the faith of your people.