The Delhi High Court has now fixed the matter for further hearing on April 14. 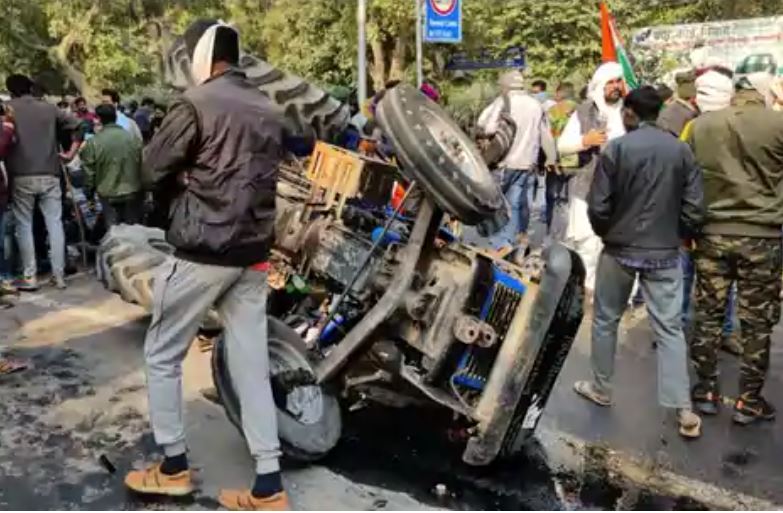 The Delhi High Court on Wednesday asked a senior official of the Aam Aadmi Party-ruled Delhi Government’s health department to set up a board of experts to examine the X-Ray report of the 25-year-old farmer who allegedly died due to the overturning of his tractor during the farmers’ tractor rally on January 26 this year.

“The board shall be constituted by the secretary of the Health Department of Delhi government,” said the single-judge bench of Justice Yogesh Khanna.

It also asked the doctors from Delhi’s Maulana Azad Medical College (MAMC) to prepare the X-Ray report from the original X-Ray plate which has been received by Delhi Police from the Uttar Pradesh Police.

The bench went on to direct that after the report is prepared, the same shall be examined by the board comprising medical and forensic experts and a radiologist among others.

The court has now fixed the matter for further hearing on April 14. While the matter was being heard, the Delhi government standing counsel Rahul Mehra and along with Advocate Chaitanya Gosain, appearing for the Delhi Police, submitted that they have shown CCTV footage to the family members and lawyers of the victim Navreet Singh.

Justice Yogesh Khanna passed the said order while hearing a petition filed by Hardeep Singh, the grandfather of the 25-year-old man who died after his tractor overturned at Central Delhi’s ITO during the tractor parade on Republic Day, seeking a court-monitored SIT probe into the incident.

Earlier on March 4, the high court had asked the Uttar Pradesh police to hand over the X-Ray plate and the video of the post-mortem of Navreet Singh.

“Let the requisite documents i.e. the X-Ray plate and the video of post-mortem be handed over to the Inspection Officer of the Delhi Police,” the court said.

Justice Khanna had also directed that the Delhi Police shall hand over a copy of the video of the PM and the inquest report to the petitioner.

The petitioner has sought enforcement of his right to fair investigation and justice as well as the right to know the truth about his grandson’s death.

According to the police, the man had died as his tractor overturned at ITO where many farmers participating in the parade had reached from the Ghazipur border after taking a detour from the approved route for the march.

However, the petition said that as per eye-witness accounts reported in the media, Navreet was driving his tractor past the Andhra Education Society in New Delhi, and he was allegedly shot by policemen, due to which he lost control of his tractor which thereafter collided with some barricades and overturned.

It also sought a direction that the SIT shall file periodic status reports before the court to ensure a time bound court monitored investigation.

In the status report filed by it, the Delhi Police and the Uttar Pradesh Police clearly stated that the deceased farmer did not suffer any gunshot wounds.

The police of the two states have made the submission relying upon the post-mortem and x-ray reports, given by the District Hospital at Rampur in Uttar Pradesh, which prima facie state, “There was no gunshot injury in the body of the deceased”.

Delhi Police has said that according to the post-mortem report, the young farmer died due to a head injury as a result of the accident and all his injuries were possible in a road accident.