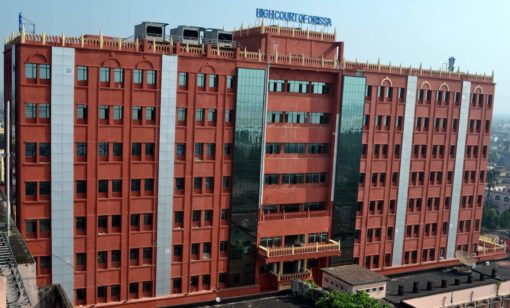 New Delhi: The Orissa High Court has pointed out that there is no benefit of keeping the seized vehicles in the police station in a state of damage without proper care.

A single bench of Justice S. K. Panigrahi, relying on the verdict of the Supreme Court in the case of Sundarbhai Ambalal Desai vs. Government of Gujarat 2002 (10) SCC 283 and the case of Dilip Das v. State of Orissa 2019 (III) ILR-CUT 386 decided by the Orissa High Court, allowed the Petitioner Ratnakar Behera to obtain his seized vehicle.

The applicant Ratnakar Behera challenged the order passed on February 5 by the District and Sessions Judge, Mayurbhanj, Baripada, in the case of Criminal Revision No. 11 of the year 2019, under Section 482 of the CrPC, under which Criminal Miscellaneous Case No. In 32, the order pronounced by SDJM, Baripada on 4-11-2019 was confirmed.

In fact, SDJM, Baripada has dismissed the Petition filed for delivery of the seized vehicle in connection with offenses under Section 52 (A) and 62 (1) of Odisha Excise Act by the present Petitioner under Section 457 of Cr.PC.

The Petitioner contended that the he had no knowledge about the illegal transport of IMFL in his vehicle and a person named Sanjip Behera had hired his vehicle to transport cement and rod from Baripada.

He also argued that the Excise Superintendent or an authorized officer is the competent officer to initiate the seizure proceedings in relation to the seized vehicle, but in the present case, the former Excise Inspector initiated the proceedings improperly.

The Court observed in its order that, “Many High Courts have held that the mere commencement of the seizure proceedings does not preclude the delivery of the vehicle to the owner of the vehicle, where the owner of the registered vehicle was found not guilty. This has been repeated in the case of Kamal Jeet Singh v. State 1986 UP Cri. 50, Mo. Haneef v. State of U.P. 1983 UP Cr. 239 and Jai Prakash Sharma v. State of U.P. 1992 AWC 1744.”

The Petitioner received permission to carry the vehicle on the following conditions:

1. The Petitioner is directed to make the said vehicle available in the course of investigation of the case and thereafter in the concerned Court as and when required.

2. The Petitioner is directed not to make any change in the vehicle during the pendency of the trial in the Court concerned.