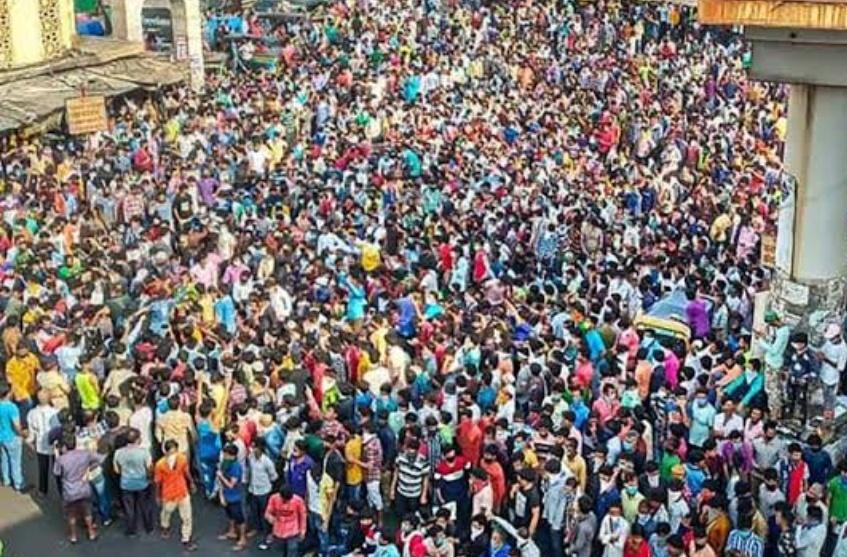 Rahul Kulkarni, a ‘journalist’ with Marathi news channel ABP Majha has been granted bail. He was arrested by the Mumbai Police along with 10 others on Wednesday for misleading people with his false reportage that allegedly led to migrant workers gathering in Bandra on 14 April and demanding to be sent back to their home towns.

The misleading report by Kulkarni had allegedly ‘played a part in the rumour mongering’ that led to nearly 2,000 alleged migrant workers assembling in Bandra on April 14th despite a nationwide lockdown in the country.

On Tuesday, an FIR was lodged against Kulkarni, in this regard for misleading people with his false reportage. The police said that the video report was incorrect while arresting Kulkarni under various sections of the IPC and the Epidemic Act 1897.

A day after thousands of migrants gathered at a Mumbai’s Bandra railway station reportedly after hearing on TV that train services were being resumed, the TV Channel, ABP Majha had been issued notice yesterday, for proceedings under NBSA regulations as well as criminal legal action under Indian Penal Code, 1860, for broadcasting fake news and inciting public disorder .

In a notice sent to the TV channel, activist Saket Gokhale, in his notice has raised several question over the intentions of it running a ”special story” which claimed that the government is providing for trains. It later ran stories aimed at polarising the incident and peddled conspiracy theories.

Shortly after the PM announced the extension of lockdown on Tuesday morning till May 3, more than 1500 migrants gathered at the Bandra railway station, demanding that they be sent back to their homes in Uttar Pradesh, Bihar and Jharkhand.

Gokhale, in his notice said that, on April 14, at 11:29 am (just few hours after the PM’s address) the channel ran a story claiming special “Jansadharan” trains would be operated by Ministry of Railways for migrants stranded in Maharashtra .

At 3.30pm in the afternoon, a crowd of over 300 migrants gathered at Bandra railway station, and the channel had not issued any clarification on the train story until then.

“In the evening of the same day your channel ran live coverage of the incident, while further spreading rumours claiming that-

a) the migrant workers were a staged crowd as they didn’t have any bags.

c) By explicitly claiming that the gathered migrants were from specific neighborhood in Mumbai” the notice read.

Calling it a criminal offence Ghokhale added that the channel is liable under sections 117, 153 A, 188, and various other sections of the IPC and The Epidemic Act, 1987.

The activists has demanded, that both ABP news and ABP Mahza, issue clarification and apology and an interim, enquiry be ordered to ascertain the source of  false news.

Maharashtra’s COVID19 count crossed the 2800 mark yesterday out of which Mumbai alone accounts for more than half of these cases.

Did you find apk for android? You can find new Free Android Games and apps.
Share
Facebook
Twitter
Pinterest
WhatsApp
Previous articleTelangana HC Directs State Govt to file Status Report on Provision of Medical and Other Facilities to People Amid Lockdown
Next articlePIL in Supreme Court Seeking Free Mobile and DTH/Satellite TV Services Amid Lockdown