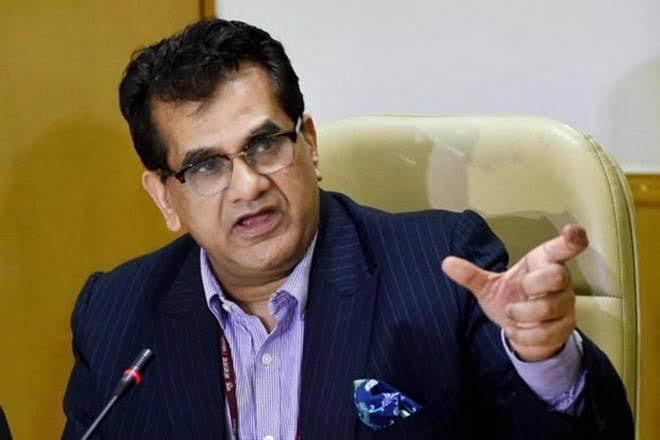 On June 27, while addressing on a webinar organised by IDRC, Mr Amitabh Kant, CEO, NITI Aayog has stated that ‘India is at a cusp of transformative change with use of Technology in the Judicial System and our Supreme Court is leading us in innovative ways. Government is committed to strengthen the Alternative Dispute Resolution System and Online Dispute Resolution so that it can lessen the burden on our Courts so that they can focus on more complex cases’.

He added, “Chief Justice of India SA Bobde has highlighted that use of Artificial Intelligence in Judicial Domain will enhance the efficiency of Courts in non-decision making aspects. Justice DY Chandrachud has introduced e-Filing in our Courts under e-Courts Project and this will revolutionise the judicial functioning and is a game changer.”

He was delivering the Keynote address during the IDRC Lexidem Webinar titled ‘Online Dispute Resolution – Opportunities and Challenges’. The event also saw participation of –

The event was organised by the ‘IDRC- Indian Dispute Resolution Centre’. Pursuant to the resolution by the Government of India to leverage India’s position on ‘Ease of Doing Business’ and ‘Enforcement of Contract’ and to make India a hub of International and Domestic Arbitration, Mediation and Conciliation, the IDRC has been established by ‘Indian Dispute Resolution Council’ as a Not for Profit Organization with its own progressive ADR Rules.

IDRC is India’s first of its kind Institutional ADR Centre which provides offline as well as eADR facility through its state of the art eArbitration, eMediation and eConciliation Software Portal www.TheIDRC.com.

In his address Mr. Richard Wilmot-Smith, QC shared that, ‘Initially people had hesitations and some kind of fear in adopting Virtual hearings but now all that is fading away. Now Online Dispute Resolution has made it possible that Arbitrator is in one Country, Expert Witness and Lawyer in other and they all carry on proceedings in an Electronic room. This is also reducing the travel related Carbon Footprints.’

In her address Ms. ShobanaIyer, Barrister detailed the developments taking place in the United Kingdom. She highlighted that, ‘Being the Chair on Remote Hearing in UK she has realised that enhanced use of technology has solved many problems thrown to us by COVID-19 Pandemic but there are several challenges relating to Fair Hearings, recording of deposition of witnesses, poor broadband connectivity and like’

Mr. Tanmaya Mehta, Advocate in his talked about the positives and challenges in virtual hearings. He added that he is pleasantly surprised at the pace with which our Judiciary and Bar adopted the technology.

This makes strengthening of Dispute Resolution infra a priority for the Govt. which include Institutional Arbitration, Mediation and Conciliation as well as Commercial Courts. Lately Parliament has promulgated New Delhi International Arbitration Centre Act, 2019 and is in the process of establishing Arbitration Council of India.

In this context the views of Mr. Amitabh Kant that, ‘There will be a deluge of cases post COVID and we need collaborative mechanism for dispute resolution that do not require parties to approach Courts for most small and medium value disputes and they could potentially be resolved by adopting alternate means of dispute resolution. We need a range of ADR and ODR Solutions and we will work to strengthen them’.

‘I congratulate the IDRC for the work it is doing by providing offline and eADR facilities through eArbitration, eMediation and eConciliation software portal. IDRC was given strong words of recommendation by Justice Sikri as well. I wish IDRC the very very best and congratulate the organisers of the webinar’.

Did you find apk for android? You can find new Free Android Games and apps.
Share
Facebook
Twitter
Pinterest
WhatsApp
Previous articleS.S. Rathi Appointed As An Officer On Special Duty-Cum-Registrar To The Chief Justice Of Delhi High Court
Next articleAll Schools Whether Offered Online Classes Or Not, Are Entitled To Collect Tuition Fees: P&H HC