Bhimraj Ghadge has in his Application filed through SC advocate Vipin Nair states that the Applicant has "suffered enormous injustice and victimization at the hands of the present Petitioner since the Applicant had not obliged him by favoring anti-social elements". 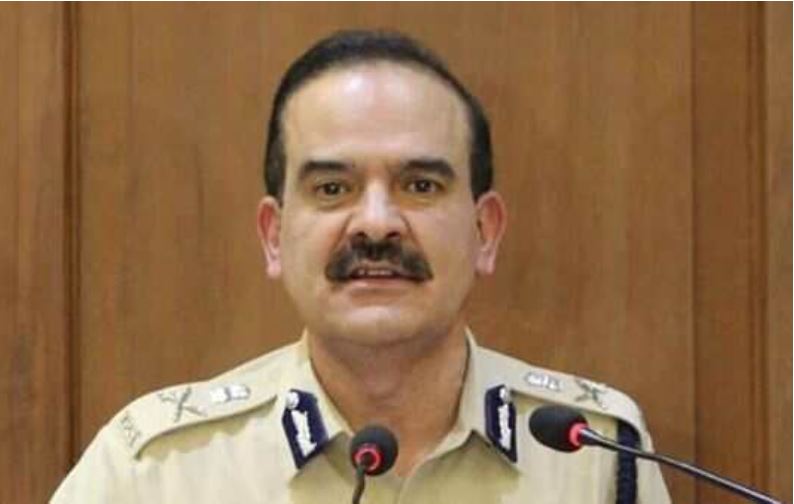 A Mumbai Police officer has approached the Supreme Court on Thursday opposing the pending petition of former Mumbai Police Commissioner Param Bir Singh for transfer of all inquiries and investigations to any other state outside Maharashtra.

Police officer Bhimraj Rohidas Ghadge opposed the transfer of cases filed against Singh to the CBI, stating that Param Bir Singh’s petition amounts to pure abuse of the due process of law.

Singh had urged the Apex Court to probe a “criminal conspiracy” by the Maharashtra Government to frame him by initiating a series of internal inquiries ever since he made corruption allegations against former home minister Anil Deshmukh.

In his application field through advocate Vipin Nair, Ghadge states he has “suffered enormous injustice and victimization at the hands of the present petitioner since the applicant had not obliged him by favoring anti-social elements”.

The plea further alleged, “The intervenor has enough reasons to submit that the petitioner herein has done great disservice to his cadre and to his State all these years, and had defamed the police force, through corrupt practices during his entire service period.”

Ghadge claimed that during Singh’s tenure, 11 police officers were promoted as seniors, even though they were junior to him. After his complaint was dismissed by Singh, Ghadge approached the State Scheduled Caste/Scheduled Tribe Commission as he believed the reason for the decision was that he belonged to the Mahar caste, a Scheduled Caste.

He had requested the petitioner to look into the matter, however, on not receiving any response from him, the Applicant approached the State SC/ST Commission. Notice was issued and Singh was directed to appoint the Applicant as a Senior Police Inspector.

Ghadge said he was then attached to Bazarpeth Police Station, Kalyan under the Police Commissionerate, Thane whereas Singh was working as Commissioner of Police, Thane at the relevant time in 2015 and he had made several representations but nothing happened.

The intervention application stated that four offences came to be registered against Ghadge within a span of 10 days, and that he languished in jail for 14 months and 21 days until he was ultimately acquitted by a Sessions Court in September 2017.

Further attempts were also made to silence the Applicant. Submitting that Singh has abused his position as a superior police officer to implicate the Applicant in false cases and thereby, should not be allowed to seek transfer of the case to CBI.

The police officer said he had even approached the Bombay High Court with a plea to prosecute Singh for “false implication, misuse of powers and offences punishable under the SC/ST (Prevention of Atrocities) Act, 12 1989”. The High Court, in August 2018, had directed the DGP, Maharashtra, to personally look into the intervenor’s representations and take an appropriate decision thereon within eight weeks.

On May 18, Tuesday last, Supreme Court judge Justice B.R. Gavai had recused himself from hearing Singh’s plea. The Bombay High Court had ordered a CBI probe into allegations of Singh against Deshmukh who had to resign as the minister.

Singh, in his fresh plea before the Apex Court, has alleged that he has been made to face several inquiries by the state government and its instruments and sought their transfer outside Maharashtra and an investigation into them by an independent agency like the CBI.