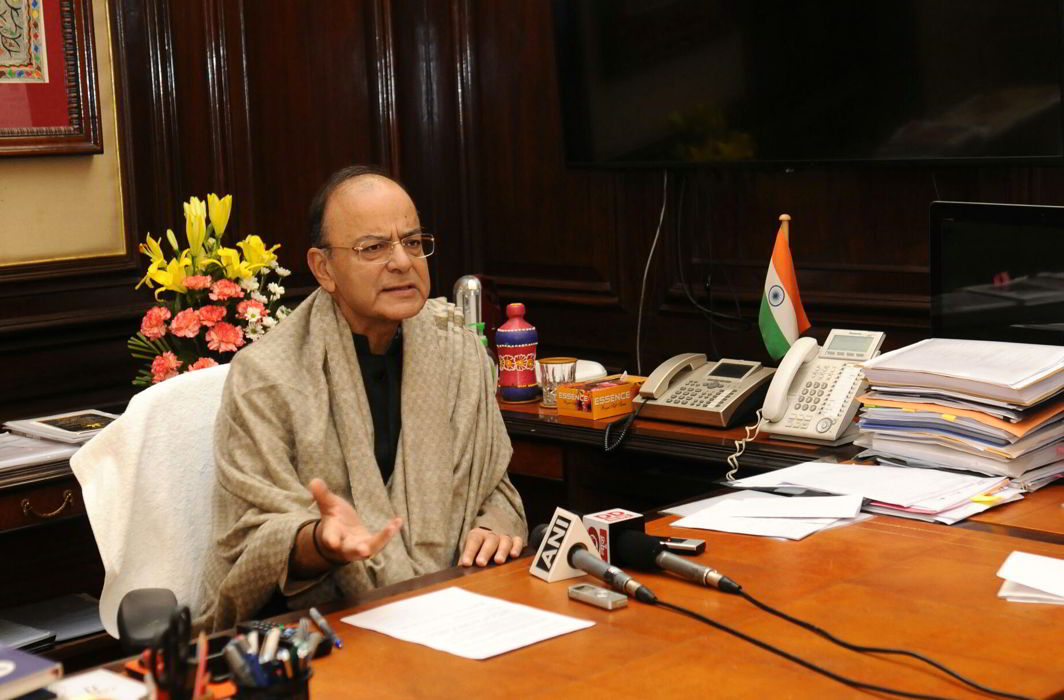 Above: The Union Minister for Finance and Corporate Affairs, Arun Jaitley making a statement about the provision of financial resolution and deposit Insurance bill 2017, regarding protecting the interest of depositors and removing any misgivings in this regards, in New Delhi on December 11, 2017/Photo: PIB

The controversial Financial Resolution and Deposit Insurance (FRDI) Bill, 2017, which incorporates a clause that could result in the confiscation of a depositor’s money (save Rs 1 lakh) if the bank failed – called “bail-in” – has been deferred by the joint parliamentary committee which was supposed to submit a report on it for the Winter Session of Parliament. The committee will now submit its report in the Budget session, which means that the effect of this bill (if passed) will not be there this fiscal.

The Bill would have categorised a depositor as a creditor sans collateral, which would have meant that in the case of a collapse of the bank they would have to forgo their money (except the so-called “insured” Rs 1 lakh).  It was also possible that the banks would be packaging one’s deposits (including fixed deposits and mutual fund assignments) into a special bond that would possibly yield a minimum 5 percent or so. It must be understood that the banks have never forwarded any guarantee to the depositor, not even the nominal “I promise to pay the owner…” tag that currency notes show as an RBI promise.

It has also to be understood that bank lockers, in which people faithfully put in their family jewels, aren’t secured by any documentation at all, hence remain completely uninsured. In the case of a bank failure, the bank’s will also have the liberty to encash these.

The Bills has a controversial section 52 which allows the bank to aces depositors’ money, a thing that depositors took for granted as safe following the nationalisation of banks.

While the FRDI wants to provide a way out for banks and other financial institutions in the case of insolvency, without the government having to step in to bail them out – as it did recently, using Rs 2.11 trillion of public money (over two years), of which Rs 1.35 trillion as so-called “recapitalisation bonds” – the flip side is disastrous for the humble depositor, who may have put in his life’s earnings in the banks.

This “bail-in” clause had created a hue and cry and a huge signature campaign. On Thursday even the industry chamber Assocham called for the removal of the “bail-in” clause, saying that the very trust that the banks live on will be destroyed through this.

Interestingly, the government, through its demonetisation drive of last November, asked citizens of India to go electronic, depending heavily on the banks instead of hard currency. This particular clause strikes right at the root of that move.

The Union Cabinet, in its wisdom, had already cleared the bill, but even if it did pass muster at the Lok Sabha this bill, in its current form, was sure to get stuck at the Rajya Sabha.