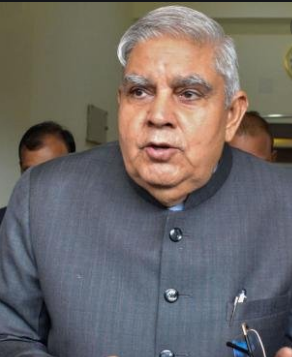 After the Supreme Court stayed the proceedings of the Justice Lokur Commission set up by the West Bengal government to probe the Pegasus snooping case, West Bengal Governor Jagdeep Dhankhar invoked Article 167 of the Constitution seeking details of the work done by the commission.

Dhankhar claimed he had not been kept abreast of the developments and that Chief Secretary Hari Krishna Dwivedi failed to provide information on how the government reached the decision of setting up a probe panel as per the Commission of Inquiry Act.

The Governor said he has invoked Article 167 of the Constitution to seek details related to the proceedings of the commission as the chief secretary had failed to give him a report.

The chief secretary was called upon by the Governor last week to make the documents available by December 18.

The Governor in a letter written to the West Bengal Chief Minister Mamata Banerjee on Monday said that he was constrained to invoke Article 167 as the chief secretary has failed to provide such information.

He said that he invoked the Constitutional Article so as to seek all proceedings and documentation leading to the issuance of the notification dated July 26, 2021 constituting the Pegasus inquiry commission.

He said as per the notification, the provisions of sub-sections (2) to (5) of Section 5 of the Commissions of Inquiry Act, 1952 have been made applicable to the proceedings of Pegasus inquiry commission for which the Governor’s opinion is to be taken and that there has been no communication whatsoever on this count prior to the promulgation of the notification.

Earlier last week on Friday, the Apex Court stayed the enquiry proceedings by the Justice Lokur Commission constituted by the West Bengal government.

A bench headed by the Chief Justice of India N.V. Ramana also expressed its unhappiness over the commission conducting the proceedings.