Plea in Supreme Court to reopen all Anganwadi centres to supplement nutrition for women, children 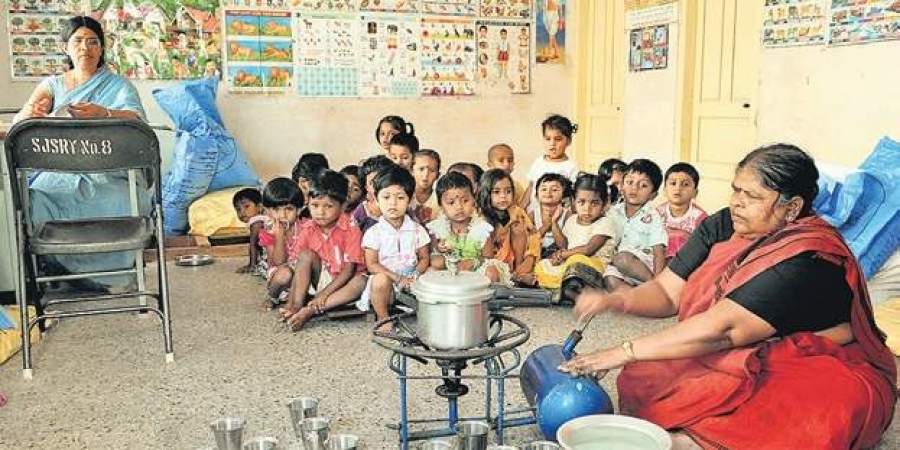 New Delhi (ILNS): The Central government today informed the Supreme Court that the Anganwadis have done a great job and have been providing supplementary nutrition to children every 2 weeks even during the pandemic.

The bench comprising Justices Ashok Bhushan, R. Subhash Reddy and M. R. Shah was hearing a plea filed by Dipika Jagatram Sahani seeking directions to the Centre, all states and Union Territories to forthwith re-open all Anganwadi centres in the country which were closed during the Covid-19 pandemic.

The bench had earlier issued notices to the Centre, States and Union Territories and sought their responses after which the Centre filed a detailed affidavit on working of Anganwadis and food distribution during the lockdown.

The petitioner had submitted that functioning of all Anganwadi centres in the country came to a sudden halt and poor, pregnant and lactating women and children were left in the lurch and hence sought a direction to the Centre, all states and UTs to conduct growth monitoring of children to record the growth in the wake of the after-effects of the pandemic more particularly malnourishment among children and anaemia in girl children and initiate corrective steps forthwith.

The petitioner had also sought for a direction to the Centre, states and UTs to provide hot cooked meals, take home rations in consonance with the provisions of the National Food Security Act, 2013 as well as the Supplementary Nutrition Rules, 2020.

The bench has listed the matter for hearing after two weeks.