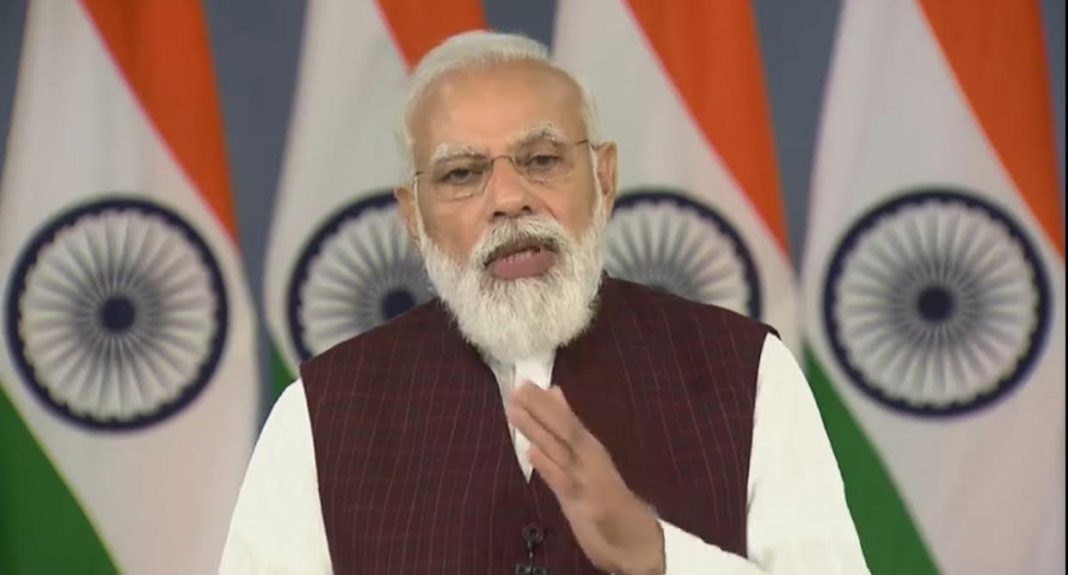 The Central government has decided to repeal the three controversial Farm Laws which led to farmers from Punjab, Haryana and Western Uttar Pradesh to a widespread protest especially at a Singhu border for almost over a year. PM Modi said that the cabinet will take the decision in the upcoming parliament session.

“We have decided to repeal three farm laws. We will finish the constitutional process to repeal the law in upcoming Parliament session,”

-Prime Minister Modi said in a special address to the nation, this morning.

The Prime Minister Narendra Modi, announced to withdraw the farm laws on the occasion of Parkash Purab of Sri Guru Nanak Dev .The announcement comes ahead of state key elections and also on the auspicious festival of Sikhism, Guru Nanak Jayanti. And PM Modi assured that the procedure to repeal the three Farm Laws is already in motion.

“We tried our best to explain to farmers. We were even ready to modify the laws, suspend them too. The matter reached the Supreme Court as well. We haven’t been able to explain to our farmers. This is not a time to blame anyone. I want to tell you that we have taken the farm laws back. We are repealing the farm laws,”

PM Modi emphasized that looking after the welfare of the farmers and agricultural reforms was his topmost priority on becoming a PM in 2014. Adding further he said that majority of farmers in India are small scale farmers and this is the reason the government came up with a multifaceted approach from seed technology and crop production schemes.

PM Modi in an announcement also urged farmers to go call off their protest and return to their homes to start afresh.

President Ram Nath Kovind, passed these three bills in September, last year and since then the farmers have continued to express their disagreement against these bills.

PM Modi said that these laws were formed in favour of the farmers and they tried their best to convince them but it didn’t go well with the section of farmers and that is the reason centre will withdraw these three laws in the forthcoming parliament session.

The Supreme Court, in January 2021, had stayed the implementation of these laws until further orders to facilitate a process of negotiation between the Centre and the protesting group of farmers.

The main grievance raised by the farmers is that the laws will result in the dismantling of the state-run Agricultural Produce Marketing Committees, and it will disrupt the Minimum Support Price mechanism. The farmers fear that the laws will pave a way for corporate exploitation of farmers. A group of petitions were filed in the Supreme Court challenging the validity of these farm laws.

Apart from petitions challenging the controversial farm laws, there are number of petitions filled by citizens whose commute to national capital from Delhi NCR was affected due to the farmers blocking the roads outside Delhi.