PM Narendra Modi terms Constitution as biggest force of India, says ‘We the People’ not mere words, but a belief, a pledge 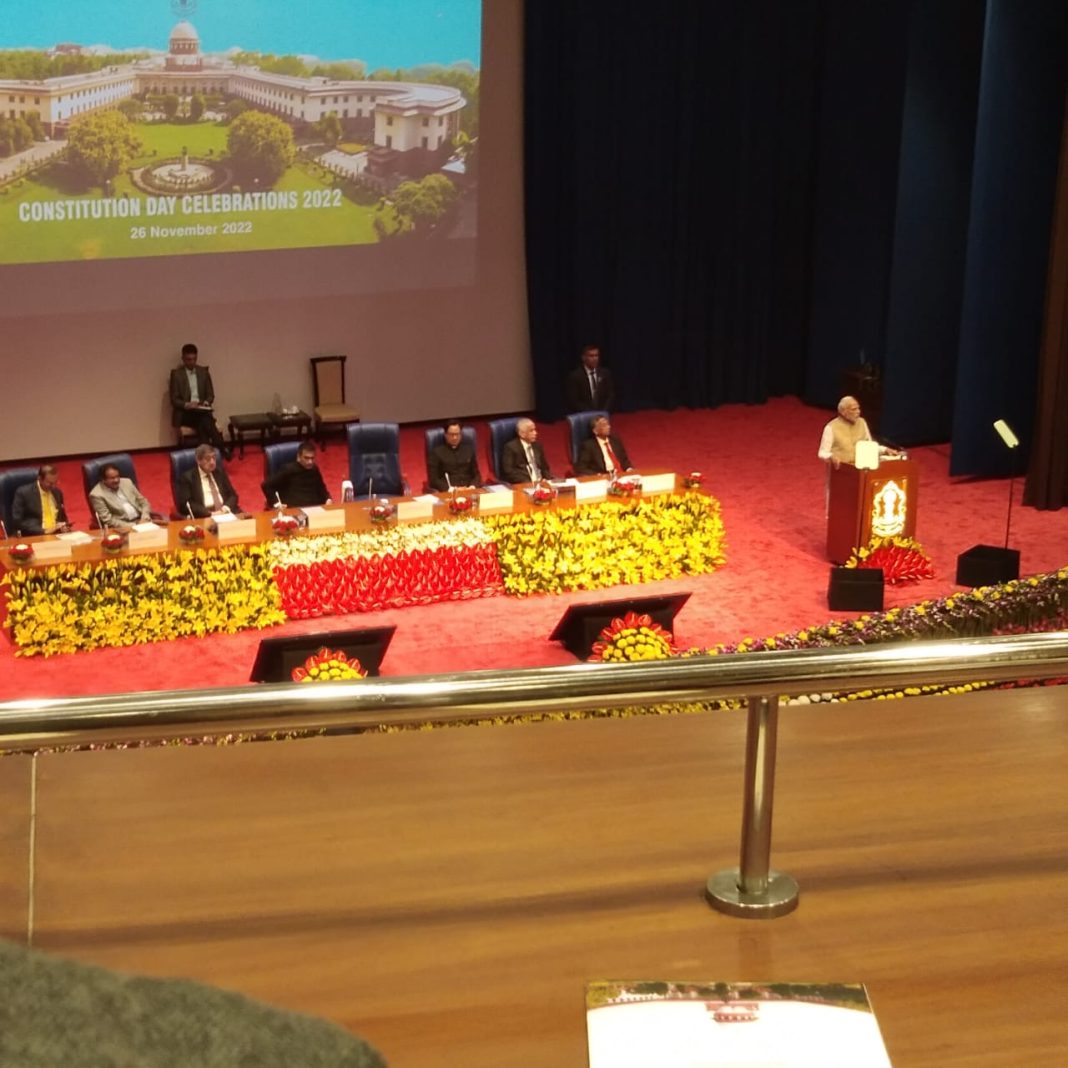 Prime Minister Narendra Modi on Saturday said that the Constitution of the country was its biggest force, adding that ‘We the People’ in the Preamble weren’t mere three words, but a belief, a pledge, a faith.

He said, “We’re all celebrating the Azadi ka Amrit Mahotsav. In the last seven decades, the Legislature, the Judiciary and the Executive have all helped in the making of the Constitution.

“India’s development and strong economy as well as its international reputation has grown in the years gone by. People now look up to us with tremendous hope. The country is moving forward.

“Our country, as the ‘Mother of Democracy,’ is strengthening our Constitutional beliefs. The pro-people policies initiated by the government have empowered the poor and women of the country,” he added.

The Prime Minister also mentioned the 14th anniversary of Mumbai terror attacks, which took place on this day in 2008, leading to death of 175 people and injuries to 300.

He said, “Fourteen years ago, when India was celebrating Constitution Day, the haters of humanity attacked the country. I pay respects to the ones who laid their life in that attack.”
Stating that the role of the governing authority was to keep the citizens happy and make their lives easier, the Prime Minister said, “It is said in the Mahabharata that keeping the citizens happy, standing with the truth and compassion is what a nation should be made of.

Stating that the Indian Constitution was open, futuristic and known for its progressive views, the Prime Minister said, “The spirit of the Constitution is youth centric. The development of our country is on the shoulders of the youth. To make the youth understand the Constitution better, I urge them to participate more in discussions and debates on the topic.

“The youth must be made aware about the Constituent Assembly and the sacrifices made by people associated with the same.

“India will get G20 presidency in a week. It’s a very big opportunity for the country,” he added.

On the occasion, the Prime Minister launched the new initiatives under the e-court project, including Virtual Justice Clock, JustIS mobile App 2.0, Digital court and S3WaaS Websites.

He said, “I congratulate all of you for the e-initiatives, which will ensure access to justice for all. Mahatma Gandhi used to say that our rights are our duties. In this Amrit Kaal, we all have to remember our duties and must fulfill them with utmost dedication and devotion.”

He added that the Judiciary was taking important steps to make the laws easier for the common man and also to ensure timely justice for everyone.

Virtual Justice Clock is an initiative to exhibit vital statistics of the justice delivery system at the Court level giving the details of the cases instituted, cases disposed and pendency of cases on day/week/month basis at the Court level.

JustIS Mobile App 2.0 is a tool available to judicial officers for effective court and case management by monitoring pendency and disposal of not only his court but also for individual judges working under them. This App is also made available to High Court and Supreme Court Judges, who can now monitor pendency and disposal of all the States and Districts under their jurisdiction.

Digital court is an initiative to make the court records available to the judge in digitised form to enable the transition to Paperless Courts.