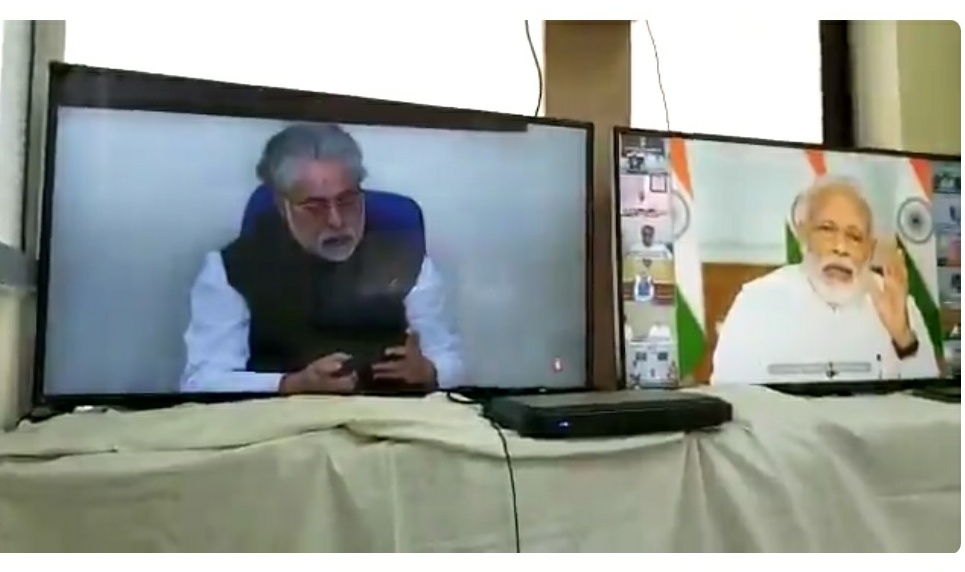 The Prime Minister’s Office is livid that some opposition leaders chose to “leak” parts of the video conference that he held on Wednesday to discuss the lockdown which comes to an end next week and the way forward in tackling the novel Coronavirus.

On Wednesday Prime Minister Modi met with political representatives of parties who have five or more members in the Parliament via video conference.

The Trinamool Congress leader Sudip Bandhopadhyay tweeted a video clip of the meeting in which he can be seen listening in from his party headquarters in Kolkata.

In a statement, the PMO expressed concern after a two-minute video clip of PM’s concluding address to the 18 political parties found its way to the media. In the video, the Trinamool Congress leader in the Lok Sabha floor leader Sudip Bandhopadhyay can be seen in the clip listening in from his party headquarters in Kolkata.

Yesterday’s meeting was part of a series of meetings and consultations that the prime minister Narendra Modi has been having with chief ministers and opposition leaders as well as minister of his cabinet to forge a concrete national effort . “Selectively leaking the content of such consultations, as seen today, runs counter to their spirit and objectives and is avoidable.” Said the statement.

Addressing the MPs the Prime Minister said that the current situation in the country was akin to a ‘social emergency’. A 21-day lockdown had been declared in the country and Prime Minister Modi indicated that as things currently stand, it would be difficult to remove the pan-India lockdown on April 14th at one go.

According to reports, Modi told floor leaders of political parties that are represented in Parliament that it may not be possible to lift the lockdown by the 14th.

“I will discuss this with the Chief Minister of various states and other officials, but based on the tune that is being heard right now, removing the lockdown will not be very simple,” the Prime Minister  said . Many of the leaders who attended the meeting later spoke to the press or revealed details about the same to media organisations.

“Prime Minister Modi made it clear that lockdown is not being lifted and also that the life pre-corona and post-corona will not be same,” Biju Janata Dal leader Pinaki Misra told a newsagency

Did you find apk for android? You can find new Free Android Games and apps.
Share
Facebook
Twitter
Pinterest
WhatsApp
Previous articleSC directs government to make all COVID-19 tests free of cost for citizens
Next articleKerala HC directs Bar Council to file a statement on the proposal for distribution of funds to Advocates amid COVID-19 Pandemic