Media bodies have strongly criticised the FIRs, saying they are intended to harass and intimidate journalists 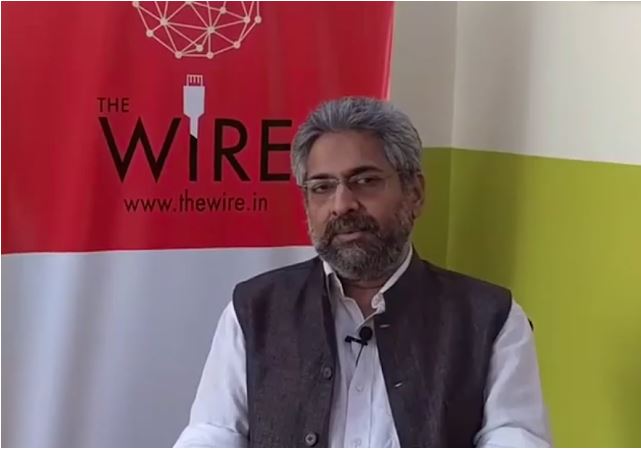 The Uttar Pradesh Police has registered an FIR against The Wire‘s founding editor Siddharth Varadarajan for tweeting about a story on The Wire in which the family of a deceased farmer who died during the tractor rally claimed that he was shot dead by police.

The story, published by The Wire on Friday, quoted the grandfather of Navreet Singh rejecting the Delhi Police claim that he died after his tractor overturned. He then goes to recount an unnamed doctor’s remark on the autopsy.

Rejecting the claim made by The Wire, Rampur district magistrate responded to Varadarajan’s tweet and said please let’s stick to the facts and facts only.

Going one step further, the Rampur Police has registered an FIR against Varadarajan under Indian Penal Code Sections 153-B (imputations, assertions prejudicial to national-integration) and 505(2) (statements conducive to public mischief).

In a separate tweet on Sunday morning, the journalist wrote, in UP, it is a crime for the media to report statements of relatives of a dead person if they question a postmortem or police version of cause of death.

The FIR against Varadarajan comes after police in four different states registered cases against six journalists – India Today’s senior anchor Rajdeep Sardesai, National Herald’s senior consulting editor Mrinal Pande, the Caravan magazine’s editor and founder Paresh Nath, its editor Anant Nath and executive editor Vinod K Jose and Qaumi Awaz editor Zafar Agha – for ‘misleading’ tweets on the death of the farmer. Many of the cases have invoked the sedition law, claiming that the tweets were intended to ‘instigate violence’.

Earlier, several FIRs had been filed against Congress MP Shashi Tharoor and six journalists for allegedly sharing unverified news about the death of the protesting farmer. An FIR lodged at the Sector 20 police station stated that they were booked for tweeting and spreading fake news pertaining to the death of a farmer during the tractor rally in Delhi on January 26.

Media bodies have strongly criticised the FIRs, saying they are intended to harass and intimidate journalists.

On January 26, protesting farmers had clashed with the police during the tractor rally. One protester was killed when his tractor overturned, police said. The family, however, claimed that the man was shot by police bullets.

This is the second case that the UP police have registered against Varadarajan. The previous case was registered by the Ayodhya police, also for a tweet, in April 2020.